It may have been a Coldplay show, but all anyone can talk about is Beyoncé.

The singer, who headlined the game in 2013, made her triumphant return to the halftime show stage on Sunday during Coldplay’s set at Super Bowl 50 at Levi’s Stadium in Santa Clara, Calif.

While performing her new song “Formation,” which she dropped one day before Super Bowl 50 without warning, it looked like the usually “Flawless” singer almost slipped during one of the dance breaks — but only almost.

The singer’s recovery, which was captured and shared widely on social media, is almost more impressive than if she had nailed the move in the first place—and a reminder of just how hard it is to pull off those moves while making it look like you woke up like this.

Her quick footwork wasn’t Beyoncé’s only victory on Sunday: she also ended the show by announcing a new world tour that kicks off in April. 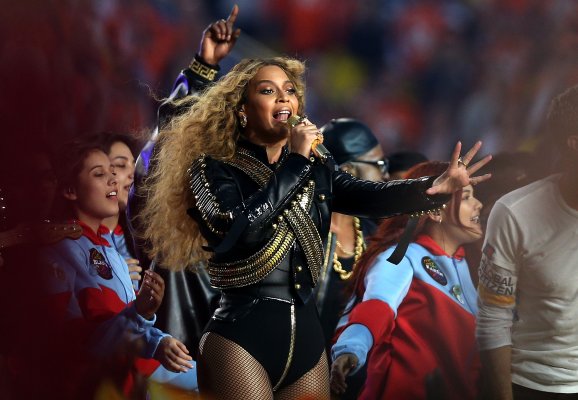