Here Are the Words People Looked Up During the Republican Debate

Here’s what viewers looked up.

Definition: (noun) a harsh interrogation technique in which water is poured onto the face and head of the immobilized victim so as to induce a fear of drowning.

Debate Usage: The candidates were asked whether waterboarding was considered a form of torture and their thoughts on the use of enhanced interrogation techniques since 9/11. Trump said the technique works and that he would use it if elected to be commander-in-chief. “I’d bring back a hell of a lot worse than waterboarding,” Trump said. Cruz said waterboarding is not considered torture, under his definition that torture brings “excruciating pain that is equivalent to losing organs and systems.” “It is enhanced interrogation,” Cruz said, adding that he wouldn’t bring it back “in any sort of widespread use.”

Definition: (noun) the act of inflicting excruciating pain, as punishment or revenge, as a means of getting a confession or information, or for sheer cruelty.

Debate Usage: The discussion on waterboarding helped drive a 157% increase in Dictionary.com users searching for the word “torture.”

Definition: (noun) a person who shirks or neglects his or her duty.

Debate Usage: Christie attacked Rubio’s Senate record, saying the Florida lawmaker has “not been involved” in consequential decisions. “When you talk about Hezbollah Sanctions Act that you list as one of your accomplishments, you weren’t even there to vote for it,” Christie said. “That’s not leadership. That’s truancy.” The word saw a 225% jump in searches.

Definition: (adjective) taken as a measure against something possible, anticipated, or feared; preventive; deterrent.

Debate Usage: The word “preemptive” was used at least five times during the Republican debate, leading to the 50% jump in searches. The candidates were asked how they would respond to this weekend’s rocket launch by North Korea and if they would consider a preemptive strike against the rocket as it sat on its launchpad in North Korea. Bush said he would approve a strike. “The next president of the United States is going to have to get the United States back in the game, and if a preemptive strike is necessary to keep us safe, then we should do it,” Bush said.

Other words that were searched more than usual: galvanize, endorsement, eminent domain and nothing. 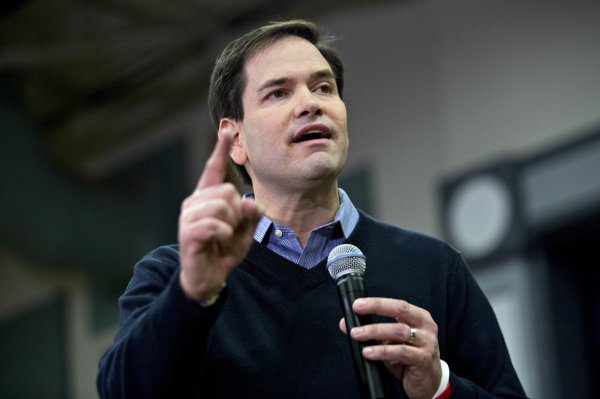