Officer Robert Rialmo states what becoming an officer means to him during a interview with a Chicago Tribune reporter at the Chicago Police Academy graduation ceremony on March 26, 2013.
Rachael Levy-Chicago Tribune/TNS via Getty Images
By Melissa Chan

Officer Robert Rialmo’s lawsuit, which was filed Friday, details his first public account of the Dec. 26 shooting that left 19-year-old Quintonio LeGrier dead, the Chicago Tribune reports. Rialmo fired eight rounds after he said LeGrier twice swung a bat at his head despite the officer shouting orders for the teen to drop the bat, according to the newspaper. “Rialmo reasonably believed that if he did not use deadly force against LeGrier, that LeGrier would kill him,” states the lawsuit, which seeks damages of more than $180,000.

The teenager’s 55-year-old neighbor, Betty Jones, was also killed when a bullet passed through LeGrier and struck her while she was standing behind him, according to the suit. The filing is a countersuit after LeGrier’s father, Antonio LeGrier, filed a wrongful death lawsuit saying his son wasn’t a threat, the Chicago Tribune reports.

Antonio LeGrier’s attorney, Basileios Foutris, told the newspaper that she thought the officer’s lawsuit was “outlandish.” “After this coward shot a teenager in the back … he has the temerity to sue him? That’s a new low for the Chicago Police Department,” Foutris said. 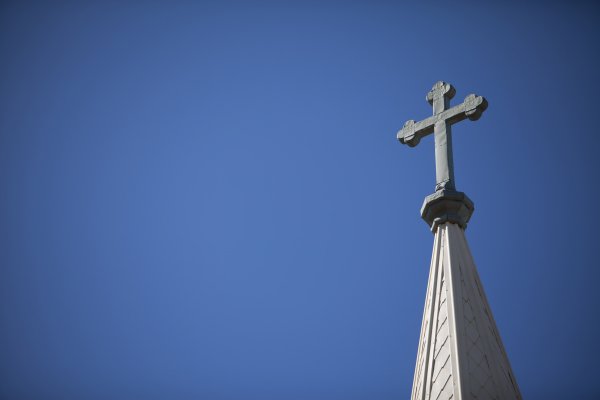 FBI: Mich. ISIS Supporter 'Tried to Shoot Up' Church
Next Up: Editor's Pick