The actors portrayed their dopey male model characters, Derek Zoolander and Hansel, in an appearance on Weekend Update with host Colin Jost in which they talked about the state of fashion in politics. “We’re here to talk about the one thing everyone wants to hear male models talk about: politics,” Wilson says as Hansel.

The two confuse actor Tom Cruise for Republican candidate Ted Cruz and mispronounce the Iowa caucus as “couscous” before digging into the styles of Donald Trump and Bernie Sanders. “Donny’s just like us. He has the classic male model looks,” Stiller says, naming the three looks as “Orange Mocha Crapaccino,” “Hot Mess” and “Second Place.”

They also say Sanders is the “champion of the 99 percent — apparently the 99 percent off at J.C. Penney’s” and said Clinton is from the ‘90s, “which is really hot right now.” 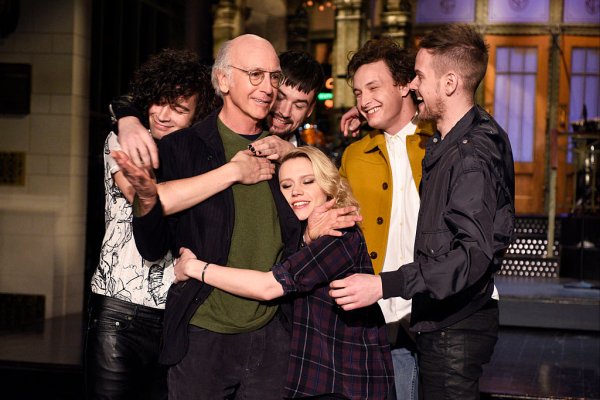