Everything We Know About Sunday's Super Bowl Ads — So Far

While brands used to keep million-dollar ads under wraps until game day, nowadays it’s all about building buzz with hilarious sneak peeks. So we took on the tough task of researching this year’s best bits, and here’s what we know to look out for between plays on Sunday so far:

Film meets football as the two guys have a party-planning brainstorm aided by the Amazon Echo.

The rapper makes fun of his own viral dance moves (you know the ones) in an ad touting the simplicity of T-Mobile’s data plans.

Now here’s a political stance we can get behind! The comedians hit the campaign trail – on behalf of Bud Light – in their hilarious spot. “Just wait ’til you see our caucus,” Schumer teases voters. In conjunction, the brand is airing its first-ever Spanish-language commercial, starring Gracepoint‘s Michael Peña.

Bud Light’s parent brand takes a slightly different approach to the whole alcohol advertising thing, actually using Mirren in a one-minute PSA about the dangers and stupidity of driving drunk. We’ll happily raise a glass (of water) to that.

We actually haven’t seen any previews of the candy ad that’ll feature the comedian and former footballer, but based on this Billy on the Street clip promoting the commercial, we have high hopes.

We’re gonna call someone if it turns out that rumors about the first trailer for the film – which stars Melissa McCarthy, Kristen Wiig, Leslie Jones, Kate McKinnon and Chris Hemsworth – dropping during the Super Bowl are false.

No surprise here: Walken is wonderfully whimsical in a Kia ad that starts off as a deep talk about how socks define our personalities. Just watch.

She’s staying tight-lipped on the topic – other than telling PEOPLE that her ad will feature her transforming into artists from “the ’60s to the ’80s [to] the present” – but the singer admits it’s pretty cool to be following in the footsteps of former Pepsi Super Bowl spokespeople Beyoncé, Britney Spears and Michael Jackson.

A teaser for the car company’s ad features that guy who got the crazy one-handed catch last football season (the New York Giants’ Odell Beckham Jr.) and that hot girl from the “Blurred Lines” video (Emily Ratajkowski) … and we’ll have to watch on Sunday to figure out the rest.

It’s a fact that Super Bowl ads featuring animals do well (who didn’t tear up at that Budweiser Clydesdale commercial?), so Honda is going the “funny animals” route with some Queen-singing sheep (and a surprise narrator at the end).

What might be even cuter than Freddie Mercury-loving sheep, though? Heinz’s herd of running wiener dogs dressed as wieners. As of Friday morning, a YouTube preview had already been viewed more than 3 million times.

Taking a page from the memorable “Diet Coke Break” commercial of 1994, this spot stars Instagram favorite Brock O’Hurn as the guy ladies (and a gent) can’t get enough of.

Lots of people are excited for the reboot of the Disney classic, and Super Bowl watchers will get a peek at the film (and its adorable 12-year-old star Neel Sethi) during the game.

When you think Toyota Prius, you probably don’t think bad ass. But the brand looks to change that – in its own tongue-in-cheek way – in 90 seconds that focus on the features of the car.

So this one technically isn’t a Super Bowl ad, but it’s too good not to include. An ad for the actual Super Bowl itself, it takes Seal’s “Kiss from a Rose” (the singer cameos) and changes the lyrics to be about the fact that there are often baby booms in the cities of winning Super Bowl teams each year. The kicker: said “Super Bowl Babies” of various ages sing the whole thing. 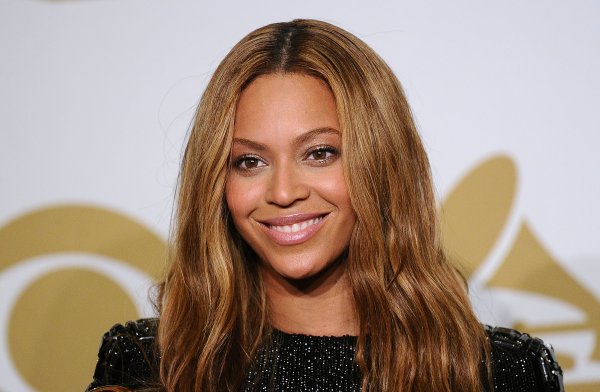 The Internet Is Freaking Out About Beyonce’s New Single 'Formation'
Next Up: Editor's Pick