The Internet Is Freaking Out About Beyonce’s New Single 'Formation'

Beyonce poses in the press room at the 57th GRAMMY Awards in Los Angeles, CA on Feb. 8, 2015.
Jason LaVeris—Getty Images
By Katie Reilly

Beyonce released a new song, “Formation,” on Saturday, and the internet responded with much, much praise.

Images in the video made reference to the Black Lives Matter movement and protests against police brutality, sparking an immediate reaction on social media.

Beyonce sits atop a police car that sinks throughout the video. Another scene shows a young black boy wearing a hoodie and dancing in front of a line of law enforcement officers with shields. Both the boy and the police raise their arms in the air, and the video flashes to a wall with graffiti that reads, “Stop shooting us.”

Beyonce performed “Formation” during Super Bowl halftime show rehearsals, but it is not confirmed if she’ll debut the song live at the game, Rolling Stone reports. 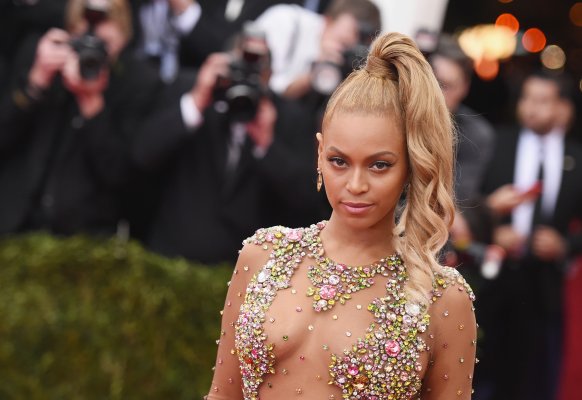