At a political crossroads, former Florida Gov. Jeb Bush is questioning his former mentee’s presidential prospects, suggesting that his stated opposition to exceptions to abortion restrictions for cases of rape and incest would weaken his chances in a general election.

The Bush attack strikes at the core argument of Rubio’s campaign in recent weeks: His electability, that he is the candidate most feared by Democrats and best attract women, youth, and minority voters back to the GOP.

“Politically, it’s a tough sell to tell a pro-life mother — had her daughter been raped — that she would just have to accept that as a sad fact,” Bush told CNN Friday. “This is not an easy decision, but Marco will have to explain that position.”

The move is a change from three months ago, when Bush indicated he would not approve of a planned multi-million dollar effort by his super PAC to attack Rubio along the same lines. “I don’t think anybody should attack someone who’s pro-life,” he said at the time.

Bush allies have been warning that the issue could sink Rubio’s candidacy should he win the nomination. Abortion ban exceptions have proven to be a potent fodder for Democrats in the past two election cycles, helping them maintain their edge with women voters. In both 2008 and 2012, the Republican nominees have been accused—falsely—of being opposed to such exemptions, with Rubio’s actual opposition likely leading to even greater attacks should he become the nominee.

The issue arose during the first GOP debate in Cleveland in August, with Rubio arguing with Fox News moderator Megyn Kelly that he never supported such exceptions. “I have never said that,” he said. “And I have never advocated that.” Rubio argued that he only supported legislation that included the exceptions because they were what could pass Congress, but that he is ideally opposed to them.

On Thursday, in an appearance on MSNBC’s Morning Joe, New Jersey Gov. Chris Christie made a similar argument, mischaracterizing Rubio’s position as being opposed to an exception for cases dealing with the life of the mother, which he supports.

“On the issue of pro-life, Marco Rubio is not for an exception for rape, incest or life of the mother,” Christie said. “I think that’s the kind of position that New Hampshire voters would be really concerned about.” 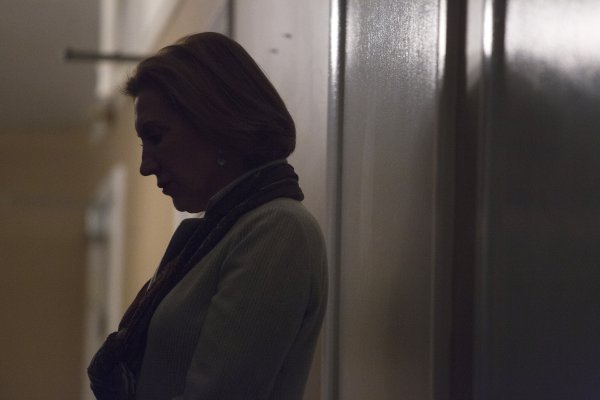 Video From Carly Fiorina Group Slams ABC for Not Including Her in Debate
Next Up: Editor's Pick