Johnny Depp Admits He Used to Be Mean to Leonardo DiCaprio

Before he was a leading contender in this year’s Oscar race, Leonardo DiCaprio was an ambitious 19-year-old pestering Johnny Depp.

Depp, 52, shared stories of working with DiCaprio on 1993’s What’s Eating Gilbert Grape during the 31st annual Santa Barbara International Film Festival Thursday, where he was presented with the Maltin Modern Master Award for his accomplishments in the film industry.

While on stage, Depp admitted that when making the film, he was going through a rough time and wasn’t always very receptive to a young DiCaprio.

“It was a hard time for me, that film, for some reason. I don’t know why,” Depp said. When it came to his relationship with the then 19-year-old DiCaprio, Depp said, “I tortured him.”

“I really did. He was always talking about these videos games, you know? I told you it was kind of a dark period. ‘No, I will not give you a drag of my cigarette while you hide from your mother again, Leo.'”

But joking aside, Depp said he greatly admired DiCaprio’s work ethic, even then.

“I’d say the absolute truth is that I respect Leo a lot. He worked really hard on that film and spent a lot of time researching. He came to set and he was ready to work hard and all his ducks were in a row.” 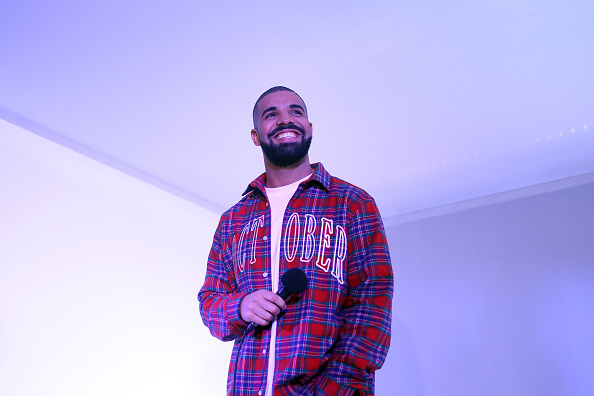 Drake Accepted a Ping Pong Challenge from a NBA Hall of Famer
Next Up: Editor's Pick