Sheldon Adelson, chairman of Sands, speaks during an interview in Macau, China, on Friday, Dec. 18, 2015.
Bloomberg—Bloomberg via Getty Images
By Justin Worland

The editorial in the Las Vegas Review-Journal said Adelson was not involved in the process of deciding who to endorse. The founder of the Sands casino company, who spent $93 million on Republican candidates and priorities in the 2012 race, tried to conceal his identity when he bought the newspaper last year.

“The Adelsons have detached themselves from our endorsement process, and our endorsement of Sen. Rubio does not represent the support of the family,” the editorial says.

The editorial cited several reasons for endorsing Rubio, including his desire to reduce government ownership of land in the state, his position on immigration and his perceived electability. 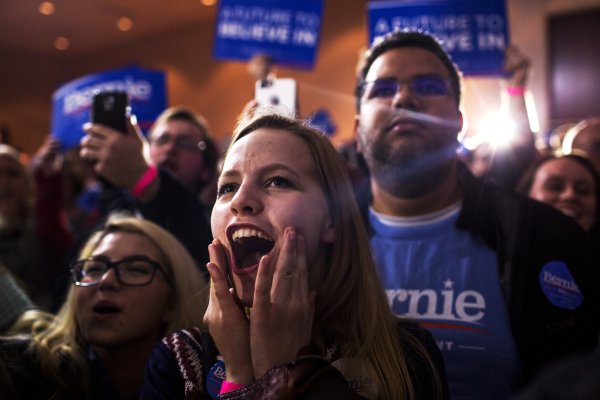 Political Photographs of the Week
Next Up: Editor's Pick