The presidential candidates braved wintry weather on Friday during the home stretch of campaigning in New Hampshire, a state that is simultaneously critical to their electoral hopes and inevitably prone to snow in the days before the primary.

Both Democrats and Republicans made stops across the state ahead of Tuesday’s New Hampshire primary, but the weather forced others to alter their plans. Republican Donald Trump—who usually flies his private jet back to homes in New York or Florida to sleep there rather than stay on the trail overnight—cancelled a town hall event in Londonderry, citing the weather and airport closures. The event has been rescheduled for Monday, and Trump’s campaign said in a statement that he would be back in the state on Saturday through Tuesday. He said he was headed to South Carolina on Friday night.

That quickly became campaign fodder for Jeb Bush, who called out Trump for the cancellation by invoking his 90-year-old mother Barbara Bush and a 5-year-old girl, both of whom managed to get out to campaign events despite the snow.

Hillary Clinton’s press bus slid backwards down a hill after pulling up to an event in Manchester on Friday, and her Democratic rival Bernie Sanders stood outside in the snow to speak to an overflow crowd at one of his events.

But it was Republican John Kasich who appeared to have the most fun with the weather, launching snowballs at journalists and playing in the snow with some of his supporters. “Only time I’ve gone on the attack!” the Ohio Governor wrote on Twitter. “Kasich 1, Media 0.” 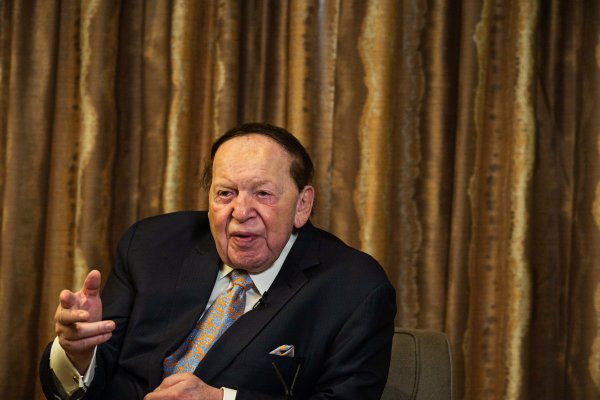