BlackBerry Cuts a Third of Its Workforce, Report Says

The BlackBerry logo is seen on the screen of a BlackBerry Curve smartphone, produced by BlackBerry Ltd., in this arranged photograph taken in London, U.K., on Monday, Sept. 23, 2013.
Simon Dawson—Bloomberg/Getty Images
By Jason Cipriani / Fortune

BlackBerry has laid off 35% of the workforce at its headquarters in Waterloo, Ontario, according to technology news site MobileSyrup. The same report says BlackBerry also cut 75 employees from its Sunrise, Fl. office.

The cuts at the company’s headquarters are said to impact nearly 1,000 employees, most of which were part of the company’s BlackBerry 10 and devices division according to the report.

A BlackBerry representative confirmed the layoffs to Fortune, saying:

BlackBerry didn’t respond when asked for the exact number of employees affected.

BlackBerry’s handset business is in a transition to Google’s Android operating system, moving the company away from the its proprietary version, BlackBerry 10.

CEO John Chen has repeatedly said the company would continue to support BlackBerry 10 through regular updates and security improvements, but news of today’s cuts leave little hope that the platform has much life left.

In November, BlackBerry introduced its first Android-powered smartphone, the Priv. Featuring a slide-out BlackBerry keyboard, the phone includes a physical keyboard and access to Android apps.

Chen’s goal is to return its devices division to profitability in 2016, and perhaps break even financially during the current quarter. One way to ensure that happens is to cut expenses.

A separate report from MobileSyrup says longtime BlackBerry employee, Gary Klassen, has also left the company. Klassen is credited with creating BlackBerry’s messaging service, BBM and had been with the company for nearly 16 years. 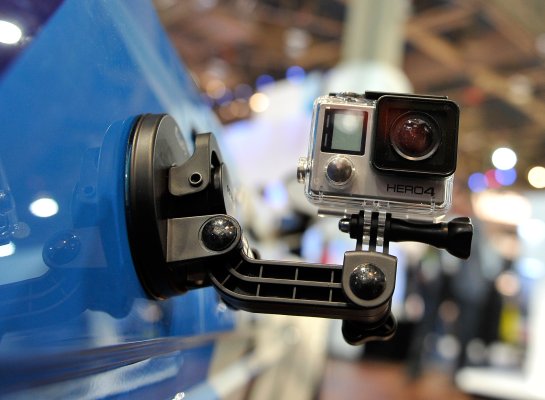 GoPro's Stock Is Nosediving
Next Up: Editor's Pick