In my day job I serve as the president and CEO of Silicon Valley Education Foundation, an education nonprofit. I constantly remind my team that every child we get into college is one fewer child on the street, and one fewer child in prison. It is a double benefit: instead of a child who grows up to potentially have a negative impact on society, we develop a child who becomes a thoughtful, educated and confident leader.

I accepted the White House’s invitation to watch President Barack Obama’s unprecedented address at an American mosque in Maryland. As I sat not 10 feet from the president, I realized the similarities of our tasks—except his task is expanded on a worldwide scale.

The president cited our Founding Fathers to remind American Muslims—and youth in particular—that Islam is part and parcel of the American fabric. He condemned rhetoric that discriminates on religious grounds and lauded the similarities in Islamic, Christian and Judaic values. I particularly appreciated when he cited the Prophet Muhammad’s famous hadith: “Whoever wants paradise, let him treat his brother how he wants to be treated.”

Obama, a Christian, reminded us all how similar Muhammad’s teaching is to the Golden Rule that Jesus Christ taught.

But perhaps the defining statement in Obama’s address came near the end of his address, “Finally, just as all Americans have a responsibility to reject discrimination—I’ve said this before—Muslims around the world have a responsibility to reject extremist ideologies that have spread within some communities. … Across the Islamic world, influential voices should consistently speak out with an affirmative vision of their faith.”

In that spirit, and under the leadership of His Holiness the Khalifa of Islam, Mirza Masroor Ahmad, the Ahmadiyya Muslim Community has launched a campaign to combat terrorism called “True Islam and the Extremists.”

Echoing the president’s call to look past religious and sectarian differences, the True Islam campaign invites Muslims of all sects and people of all faith backgrounds to one united platform of pluralism over persecution.

Some Muslim leaders are criticizing Obama for waiting this long to visit an American mosque. I advocate a different path. Let us use this opportunity to change the future by focusing on the future. This approach is grounded in Prophet Muhammad’s example. Despite 20 years of brutal persecution, Muhammad maintained dialogue with his persecutors and still signed the Treaty of Hudaybiyyah, which created ongoing dialogue and a united front that let Muslims, Jews and Christians live together peacefully.

Obama can effectuate that peace today both by his calls for education and pluralism, and also by maintaining equity and justice both in domestic affairs and foreign policy. If peaceful coexistence is the goal, the doors to dialogue, justice and education must always remain open.

The True Islam campaign is the proven model of success.

Already, several thousands of Americans of all faiths have endorsed the True Islam campaign. Some are Congressmen like Mike Honda (D-CA). Some are heroic law enforcement officers like San Bernardino Police Chief Jarrod Burguan. And some are Jewish, Christian, and Muslim scholars, theologians and activists, conservatives and liberals. Any belief that we can combat terrorism with a divided front is foolish thinking. This is why I was glad to hear the president conclude that “we rise together and we fall together.”

This is why I invite my fellow Americans of all faiths to join the thousands of Americans who have already endorsed the True Islam campaign. Just as with my day job, my advocacy here is for education. Education is how we delegitimize terrorists, it is how we inform Americans on how to separate True Islam from extremists, and how we make our nation safer and stronger.

If you’ve ever demanded Muslims stand up to extremism, please know that education is the key. 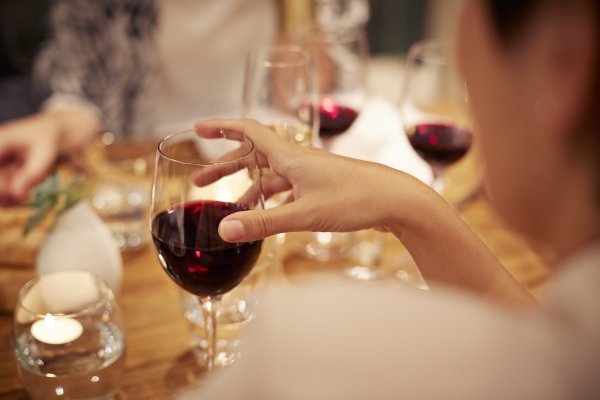 The CDC's Alcohol Warning Shames and Discriminates Against Women
Next Up: Editor's Pick