Donald Trump seems to have ended his feud with Fox News.

After skipping a debate in Iowa following a back-and-forth with Fox and then coming in second to Texas Sen. Ted Cruz in the Iowa caucuses, Trump says he won’t be boycotting the next Fox News sponsored Republican debate, the candidate said on the Steve Malzberg radio show.

“I’ll be there, I have no objection to being there,” Trump said Friday.

The network announced this week that it will host a March 3rd Republican debate in Detroit. On Thursday Megyn Kelly—the Fox News anchor whom Trump previously said had treated him unfairly—told Jimmy Fallon that she thought Trump skipping the debate contributed to his defeat in Iowa.

“I think he thinks it hurt him,” Kelly said. “It was basically his last job interview with the Iowans and he skipped it.”

When asked about the Detroit debate and Fox News, Trump pointed the finger at the network rather than its host.

“That had nothing to do with Megyn Kelly,” Trump said. “The fact that I went out of the last one had to do with a memo that was sent out by Fox that was a little bit taunting and I said it was inappropriate.” 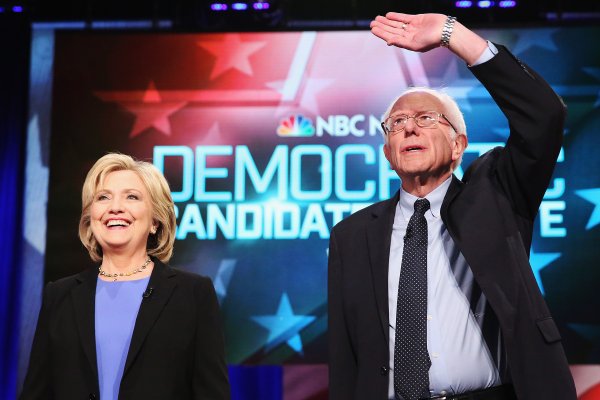 Here Are the Words People Looked Up During the Democratic Debate
Next Up: Editor's Pick