Hillary Clinton takes a question during a campaign rally at the Derry Boys and Girls Club in Derry, NH on Feb. 3, 2016.
Adrees Latif—Reuters
By Tessa Berenson

Hillary Clinton is a former senator, First Lady, Secretary of State, and is now leading in national polls for the Democratic nomination for president. But no one names their kids Hillary anymore.

According to the Washington Post, the popularity of the name Hillary fell dramatically beginning in 1993, the year that Clinton became First Lady. It fell 90% between 1992 and 1999.

The drop is made sharper by the fact that the name had actually been increasing in popularity up until 1992, and the Post points out that this is not the case with the names of all former presidents and First Ladies.

But there is still hope for little Hillarys out there: there was a small spike in popularity in 2008 when Clinton last ran for president. 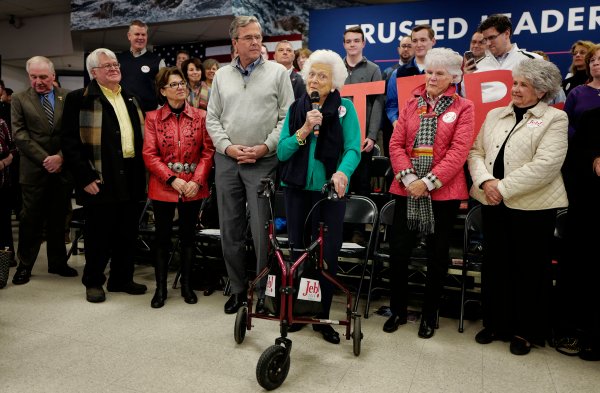 Barbara Bush Says Jeb Is 'Too Polite'
Next Up: Editor's Pick