Barbara Bush, who has been speaking out for her son as he campaigns for President in New Hampshire ahead of Tuesday’s primary, said she thinks Jeb Bush is “too polite.”

“He’s almost too polite,” she said during an interview with CBS on Thursday. “I don’t advise him, but if I gave him advice: I would say, ‘Why don’t you interrupt like the other people do?'”

Barbara Bush, who also described her son as dependable and “relatively funny,” clarified that she thinks he should interrupt more during the Republican debates, which have often been dominated by Donald Trump.

“He’s so polite. We brought him up that way,” Barbara Bush said. “And he does not brag like some people we know.”

Asked if she thinks anyone running for president is bragging too much, Barbara Bush declined to name any names.

“I’m not getting into a spitting match with him. He can spit further than I can,” she said. 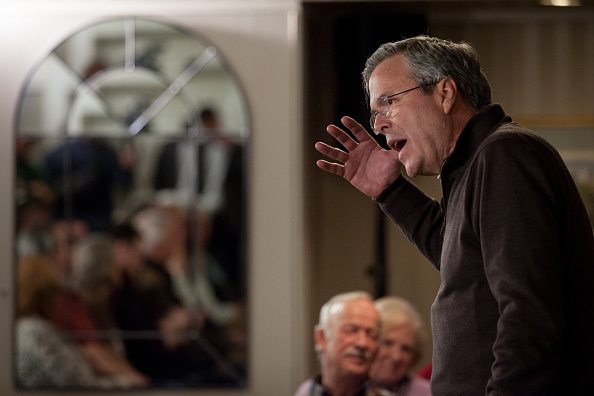