Quarterback Johnny Manziel #2 of the Cleveland Browns on the sidelines during the fourth quarter against the San Francisco 49ers at FirstEnergy Stadium on December 13, 2015 in Cleveland, Ohio.
Andrew Weber/Getty Images
By Sports Illustrated

Colleen Crowley, the ex-girlfriend of Johnny Manziel, told police that the Cleveland Browns quarterback forced her into a car and hit her, according to a report by Fort Worth Police.

The alleged assault reportedly took place in a Dallas hotel room in the early mornings of Jan. 30. Crowley and Manziel argued over another girl before he started getting aggressive toward her. According to the police report obtained by SI.com, she said that Manziel was not intoxicated but seemed to be on drugs.

The report says that Manziel struck her several times at the Zaza Hotel. They then made their way to Colleen’s car and he drove them to her home in Fort Worth, Texas.​ Crowley said Manziel struck her while he was driving, and that he was shouting angrily.

She says he did not hit her when they reached her apartment. Colleen informed officers that she finally rushed out of the apartment and ran to a nearby neighbor to seek help. Manziel fled the area on foot.

When asked more questions by investigators the report says that Crowley became increasingly uncooperative and did not want to fill out a statement, make a report or want officers to photograph her or her injuries.

Manziel was not charged with any crime. Dallas police released the following statement about their decision, according to ESPN’s Adam Schefter.

“The Dallas Police Department has conducted the appropriate investigative follow-up to the report forwarded to us by the Ft. Worth Police Department regarding an alleged incident involving Johnny Manziel. Investigative efforts to date have not resulted in the filing of a criminal complaint and the incident is determined to be closed. No further statement is expected at this time.”

The NFL issued the following statement, according to Tom Pelissero of USA Today.

”Our review of this incident began when it happened. We are aware of the police report.”

Manziel is currently on the Browns roster but is expected to be released next month. 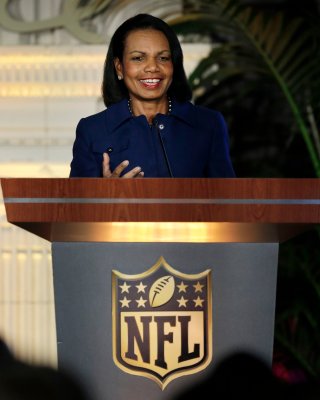 Inside the NFL's First Women's Summit
Next Up: Editor's Pick