Here's Why Bernie Sanders Didn't Use Public Funding for His Campaign

Bernie Sanders explained at the fifth Democratic debate Thursday why he did not use public funding for his campaign.

MSNBC moderator Chuck Todd pressed the Vermont Senator on why, if he’s so in favor of public programs and against Super PACs, he didn’t opt to apply for public funding for his campaign.

“Why aren’t you walking the walk on that?” Todd asked, saying the public funding legislation was designed, essentially, to take big money out of elections in the way Sanders says he wants.

“Actually, we looked at it,” Sanders said. “But it turns out to be a disaster. The way it is structured right now, if you make it all the way to California you can do pretty well. But in terms of the early states, Iowa, New Hampshire, the other states, it just doesn’t work.”

“But your point is well taken,” he continued. “I believe in public funding of elections, absolutely. But this system is, I don’t know if the Secretary would agree, is currently very antiquated and no longer applies to modern-day politics.”

Former Secretary of State Hillary Clinton nodded along with Sanders’ answer, a moment of agreement between them in an otherwise contentious debate. 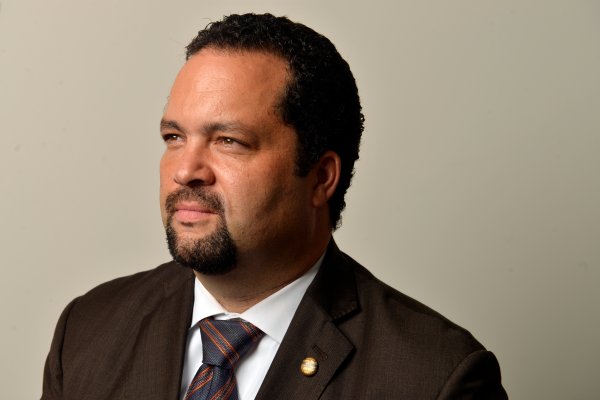