A Nervous Colombia Hosts Carnival in the Time of Zika

Every February the industrial port town of Barranquilla is transformed into the second largest party in South America. Bleachers rise up along both sides of the main street. Stages spring up in quiet parks. Cumbia and merengue groups can be heard practicing their routines late into the night. And everyone in town begins to walk with a little dance in each step.

When Carnival de Barranquilla finally gets underway the days are filled with parades and performances while the night’s bleed into the morning, as intersections become dance halls with grinding hips and flaring shoulders.

Read More: Brazil Has Ruled Out Canceling the 2016 Olympics Over Zika

Barranquilla sits on the tropical Caribbean coast of Colombia and hosts the annual Carnival. But the region has also been the site of a large percentage of the over 20,000 suspected cases of Zika in the country—and that raises concerns about whether the party might speed the spread of the virus. “There will absolutely be a spike in Zika cases during Carnival,” said Dr. Marcro T. Bolaño Cervantes, the director of a Niño Jesus Hospital in Barranquilla. “It is a public health problem.”

Cervantes explained that all hospitals in the region are on “yellow alert,” meaning that they are actively looking for Zika symptoms in all their patients: fever, rash, joint pain and red eyes. That includes testing the blood of all pregnant women, and immediately reporting any new suspected cases to Colombia’s Ministry of Health.

The carnival dates back to the 19th century and begins the Saturday before Ash Wednesday—Feb. 10 this year—though celebrations are already underway. The festival is full of colorful costumes, elaborate parades and street parties that last well into the night. This year the Cultural Secretary expects 50,000 foreign and national tourists to descend upon the city to experience the whirlwind of a weekend, despite current Zika threats.

Read More: How Brazil Made the Connection Between Zika and Microcephaly

But a week and a half before the official festivities were set to begin, the mayor of Barranquilla ordered city workers to begin fumigating the 8 km parade route to kill the mosquitoes, Aedes aegypti, which carry the Zika virus. Zika is a mosquito-borne disease that causes relatively mild symptoms, and even those in only about one in every five people infected. (The rest show no symptoms at all.) Experts believe that the virus may be linked to a surge of Brazilian cases of microcephaly, a condition that results in a baby being born with a smaller than average head and which can lead to permanent damage. Scientists there have also noticed a correlation between the virus and Guillain-Barré syndrome, known as GBS, a rare disorder where a person’s immune system attacks nerve cells in the body, causing muscle weakness and sometimes paralysis.

Though there has not been a case of microcephaly reported in Colombia, there are more than 2,100 pregnant women in the country who have been infected with the virus. Additionally, Colombia Health Minister Alejandro Gaviria has said on that the country is also seeing an explosion of GBS, and estimated that there would be over 1,500 cases of GBS by the end of the epidemic.

The Caribbean coast of Colombia has always been plagued by mosquito-borne illnesses. In the past, people of the region have overcame yellow fever and malaria, two deadly diseases that are now rarely seen outside the interior jungle regions of the country. In recent years they have been dealing with increasing rates of dengue fever and chikungunya.

Zika virus presents a new challenge because it seems to be especially dangerous for pregnant women, says Cervantes, who is an obstetrician and epidemiologist. Even diagnosing pregnant women with Zika has been a challenge because the only laboratory capable of PCR testing, the molecular testing procedure needed confirm cases of the virus, is located in the capital of Bogotá, a thousand kilometers away.

Concerns about the correlation between Zika virus and birth defects have led public health officials to advise women to delay pregnancy and have resulted in travel advisories from the CDC recommending pregnant women avoid travel to Zika-affected regions. Some countries, such as El Salvador, have gone so far as urging women to put off pregnancy until the epidemic calms down. Colombian officials have been more cautious.

“We recommend couples consider the possibility of postponing pregnancy, obviously without affecting sexual and reproductive rights, but we are asking for an exercise of responsibility,” said Vice Minister of Health Fernando Ruiz, after a meeting with the mayor of Barranquilla. The city’s office of public health is preparing for nearly a million people to be at the main parade on Feb. 6.

To have so many people gathered and partying in the blistering sun is dangerous for the spread of any disease. But the risks of birth defects make Carnival de Barranquilla unlikely problematic because of “Carnival Babies,” and despite the cute name, it’s a real issue. The four-day celebration is full of partying and a considerable amount of drinking. “Nine months after carnival the birth of babies soars in Barranquilla,” said Eduardo Verano de la Rosa, governor of Atlántico Department, which contains Barranquilla.

The regional government is distributing 900,000 condoms, in addition to 7,000 mosquito nets, to residents. Though Zika is primarily transmitted through the A. aegypti mosquito, the U.S. Centers for Disease Control recently announced that the first U.S. case of the virus was likely contracted through sex rather than an insect bite. The possibility that Zika could be spread from person to person through sexual contact is a potentially alarming development, and it may mean those condoms could prevent more than just a “Carnival Baby.”

Colombia is one of the few Latin American countries where contraception is readily available and abortion is legal under certain circumstances. In recent weeks the government has suggested that the detection of microcephaly by ultrasound may be grounds to terminate a pregnancy.

But while international health organizations are scrambling to address the explosion of Zika virus, the people of Colombia’s Caribbean coast are still in full-blown party planning mode.

Andrés de la Hoz, a self identified costeño or person of the coast, is a microbiologist who has several friends who have already gotten Zika. “I have already survived dengue and chikungunya without getting ill. Carnival is my city, Barranquilla,” he said. “It’s the festival I look forward to all year.” 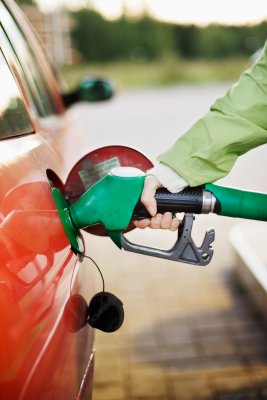 The $2 Trillion Gift From Oil Companies to Consumers
Next Up: Editor's Pick