Hillary Clinton‘s campaign on Thursday afternoon announced it raised $15 million in the month of January, significantly lagging behind the insurgent Bernie Sanders’ $20-million fundraising haul over the same period.

Of the $15 million Clinton raised, 95% came from donations under $100, a figure the campaign points to as a reflection of grassroots support.

“We are tremendously fortunate to have hundreds of thousands of donors, 90 percent of whose donations are $200 or less,” campaign manager Robby Mook told TIME on Monday. “Over last few weeks we’ve had four of our top ten fundraising days in January.”

Clinton’s announcement comes hours before she is set to meet Sanders in a debate in New Hampshire. Polls show that Sanders’ narrow loss in Iowa against Clinton may have helped boost his support in the Granite State, the second contest of the Democratic nominating process.

A new poll by American Research Group shows Sanders up against Clinton with 54% of Democrats and Independents supporting him, versus 38% for Clinton.

Sanders often touts the strength of his fundraising operation and his ability to continue raising money from donors who have not “maxed out,” or reached their $2,700-contribution limit.

“Working Americans chipping in a few dollars each month are not only challenging but beating the greatest fundraising machine ever assembled,” said Jeff Weaver, Sanders’ campaign manager.

The $15-million haul for Clinton comes with another $5 million she raised for the Democratic National Committee. Sanders has not raised any money for the Democratic Party, despite saying he wants to help elect Democrats up and down the ballot. 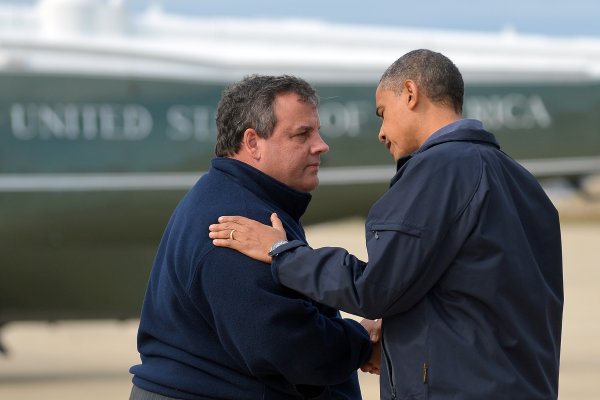 6 Ways Chris Christie Has Talked About His Obama ‘Hug'
Next Up: Editor's Pick