Ideas
By Sam Sommers
Sam Sommers, associate professor of psychology at Tufts, is co-author with L. Jon Wertheim of the new book This Is Your Brain on Sports: The Science of Underdogs, the Value of Rivalry, and What We Can Learn from the T-Shirt Cannon

It’s that time of year, fellow Americans. Time to get comfortable on the couch, click on the television or tablet, and sit transfixed in front of besuited experts pontificating, debating and prognosticating, as they sit in glitzy studios, backed by eye-catching graphics atop an on-screen statistics crawl. Forgive viewers, though, if it takes us a few moments to recognize which national pastime we’re watching—whether this particular pre- and post-game analysis is dedicated to Super Bowl 50 or presidential primary season.

There exists a long—and long criticized—history of applying a sports lens to political reporting (and, though less so, vice versa). Pejoratively referred to as horse race journalism, it’s sometimes characterized by an oversimplified focus on “winners” and “losers” and a reliance on the crass notion of handicapping the field. And yet coverage of elections and sports converge today more than ever before. Few of us bat an eye that one of leading experts in political prognostication is Nate Silver, who honed his statistical chops in the pursuit of more effective ways to forecast baseball player value.

To some, it may feel unsettling to consume election news the same way we do fantasy football. But there is something to embrace here, too—ways in which sports actually allow us to better understand and predict the political campaign season. (After all, Silver’s election prediction record speaks for itself.) What, then, does the world of sports portend for Election 2016?

First, we should look for sandbagging. A lot of it. Head coaches are notorious for these efforts to lower expectations and reduce pressure by downplaying—publicly, at least—their upcoming chances. The Denver Broncos have a vaunted defense that just shut out the defending champs? But our Super Bowl opponents, the Panthers, are 17-1, they’ll remind us. Carolina has been anointed a 6-point favorite? But Denver has won two Super Bowls and has Peyton Manning, they’ll protest.

Sandbagging isn’t limited to the sports pages. One customer service secret is to inflate wait times for automated phone lines and crowded restaurants so that when the delay ends up being shorter, we’re pleasantly surprised. Politicians and their handlers do much the same, setting expectations for their own performance so low—and for their opponent’s performance so high—that the mere ability to stand upright at a podium for 90 minutes passes as raging success. (Or, as Marco Rubio’s camp is now doing, trying to frame a third place Iowa finish as an expectation-surpassing victory.)

In politics, though, this can be a risky gambit. Psychologists Michael Norton and George Goethals conducted a study in which they set expectations for the two candidates in a video-recorded debate. The researchers found that viewers’ debate perceptions conformed to initial expectations: high expectations for Candidate A led to higher ratings of A’s performance; lower expectations led to lower ratings.

Second, expect candidates, voters, and the media that cover them to display a flexible moral compass. Much like the stadium fan who targets an opposing player with chants of “Sterrrrrrrroids,” all the while wearing a replica home team jersey with the name of a different PED-user stitched on its back. Indeed, in 2014 marketing researchers Elanor Williams and Mary Steffel found clear evidence that people view performance enhancers differently depending on who uses them. When others use these products—for example, a student taking Adderall without a prescription before an exam—we see them as embellishing unfairly their “true” ability level. But when engaging in the same behavior ourselves, we see the enhancer as simply enabling latent ability that we already had.

Jerry Seinfeld famously joked about sports fans “rooting for laundry,” shifting abruptly from cheering to booing the same player simply because the city name on his shirt had changed. In politics, we root for parentheses instead. Democratic voters are appalled by politicians’ morally problematic behavior, but drastically less so when a candidate’s name is followed by a (D). Same goes for Republicans and their anything-but-scarlet (R).

Attitudes on policy issues reflect a similar bias. In a recent HuffPost/YouGov survey, pollsters varied the candidate name they associated with endorsement of various policy positions. Half of respondents were told, for example, that President Obama has praised universal health care. The other half was told that Donald Trump favors the policy. Over 80% of Democrats supported the idea when they believed that Obama did as well, a number that dropped almost in half among those instead told that Trump was the supporter. And while less than 20% of Republicans supported universal health care when Obama supposedly did, that rate more than doubled among those told that Trump was in favor.

At the end of the day (or caucus) though, one might be most curious as to what insight sports provides for—sorry, here we go again—handicapping the field in this horse race. Democrat Bernie Sanders is drawing larger crowds, hanging steady in many polls and almost pulled out a win in Iowa–an unexpectedly strong showing that seems to threaten the air of inevitability once surrounding Hillary Clinton’s charge to the nomination. To many, in terms of appearance as well as background, Sanders is the ultimate underdog, a narrative that the candidate himself has touted.

Sure enough, sports fans find it easy to give their hearts to the underdog. But the love affair is often fleeting: We tend to give our minds and wallets to the favorite. Take football betting. According to one analysis, over a 20-year window, home underdogs in the NFL have covered the point spread almost 54 percent of the time. Yet they’ve drawn only 40 percent of the betting money during this timespan. In fact, even when points are added to the spread to tilt the playing field toward underdog wagers, the bias toward the favorite persists. These data suggest that Clinton is still a safe bet.

And what of this election preseason’s breakout performer, Donald Trump? Despite the second-place finish in Iowa, he remains a highly-touted prospect whose future is hard to project. Some heralded rookies live up to the hype and put together Hall-of-Fame caliber résumés. Others arrive brightly on the scene but fade quickly. Whether we’re currently looking at the LeBron James or Jeremy Lin of presidential politics remains to be seen.

But for the safest prediction of all in the midst of this continued wave of Trump-sanity, we can turn to Leo Durocher, the famed political pundit (and, yes, even more famous baseball manager). “Nice guys finish last,” goes the maxim often attributed to Leo the Lip. So that would seem to be at least one fate we can rule out for the electoral prospects of Mr. Trump. 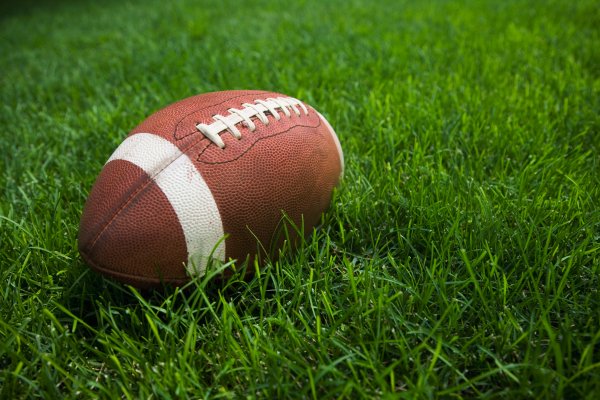 Why We Watch Football Even Though We Know It’s Deadly
Next Up: Editor's Pick