Larycia Hawkins, a Christian who is wearing a hijab over Advent in solidarity with Muslims, attends service at St. Martin Episcopal Church in Chicago on Dec. 13, 2015.
Stacey Wescott—Chicago Tribune/TNS via Getty Images
By Elizabeth Dias

A Wheaton College faculty diversity committee has described the school’s proceedings against the campus’ first black female tenured professor as “discriminatory on the basis of race and gender, and, to a lesser extent, marital status” in an internal advisory memo obtained by TIME.

Political science professor Larycia Hawkins was placed on paid administrative leave by the evangelical Illinois school in December. The college acted after Hawkins chose to wear a hijab and write a Facebook post expressing solidarity with the Muslim community, which faced criticism following the terror attacks in San Bernardino, Calif. “As Pope Francis stated last week, we worship the same God,” wrote Hawkins.

Her post was celebrated by some evangelicals and condemned by others like pastor Franklin Graham. The school’s provost has formally recommended that she be fired, citing concerns over her theology, and he will prosecute Hawkins at a hearing of nine-tenured faculty members scheduled for February 11. Wheaton faculty are required to annually sign the school’s “Statement of Faith,” which outlines the historic doctrinal commitments of evangelical Christianity. The statement, which Hawkins has signed and continues to embrace, does not address the longstanding divisions in evangelical circles over the theological relationship between to Islam and Christianity.

The controversy has roiled the small campus, which is unaffiliated with another school by the same name in Norton, Mass. Wheaton College in Illinois is a evangelical liberal arts flagship, and the alma mater of evangelist Billy Graham. Several faculty have privately complained that Hawkins has been treated differently than other white faculty at the school. In a nine-page memo issued Jan. 29 to the committee that will hear Hawkins’ case, the Diversity Committee of Faculty Governance—an elected body of six professors charged with guiding faculty discussions of diversity issues—agreed that discrimination had taken place.

“We believe that the college has demonstrated a pattern of differential over-scrutiny about Dr. Hawkins’s beliefs in ways often tied to race, gender, and marital status,” the memo, crafted and approved by the Diversity Committee, states. “This pattern of over-scrutiny precipitated mis-steps and discriminatory differential treatment of Dr. Hawkins in the present proceedings.”

The authors also wrote that the school has made “demonstrable and admirable efforts” to promote diversity in recent years. While they did “not question the institution’s or administration’s goodwill toward Dr. Hawkins,” the authors argued that “discrimination can and does occur even when people of goodwill don’t intend it.”

Wheaton College confirmed in a statement to TIME that the advisory memo had been “given confidentially” to the school’s Faculty Personnel Committee to be considered as part of the formal proceedings concerning Hawkins. “The Diversity Committee expresses its concern regarding the disclosure of this private memo, which was intended as additional information for the Faculty Personnel Committee, rather than a public document,” the school’s statement reads.

The six faculty members of the Diversity Committee and the chair of the administrative trial, Cynthia Neal Kimball, did not respond to TIME’s request for comment about this memo. The memo notes that several other faculty members were consulted on the document, including faculty members of color and white faculty who have scholarly expertise in the study of race and gender. It also lists Hawkins, college’s provost Stanton Jones, and college president Philip Ryken as recipients.

“This report raises significant issues in myriad areas of diversity that all academic institutions need to address in a substantive fashion,” Hawkins said in a statement to TIME. “Wringing our hands about racist, misogynistic, and heterosexist actions on campus is not enough.”

The memo argues that a culture of discrimination at the school led to the “denial of equal treatment, protection, and support” for Hawkins in the proceedings against her. It raises a range of concerns over the process. These criticisms include the different approaches administrators took after two other white faculty public support for the Muslim community, the way Hawkins was questioned about her scholarly citations of black theology, and the way her status as a single woman made her “more vulnerable to administrative inquiries about her personal views on sexuality.” The document also argues that the school has failed to defend Hawkins, even as her skin color has become a source of public outrage, with online criticism that has included pointed attacks on her race and gender. The document claims that administrators have used “cultural translators” to communicate concerns to minority or female faculty members instead of approaching them directly.

The Wheaton administration has previously denied that race or gender motivated its actions. “Contrary to some media reports, social media activity and subsequent public perception, Dr. Hawkins’ administrative leave resulted from theological statements that seemed inconsistent with Wheaton College’s doctrinal convictions, and is in no way related to her race, gender or commitment to wear a hijab during Advent,” the college said in a statement issued December 16.

That assertion is directly challenged by the diversity committee memo. “The college mostly sought to not specifically race or gender their concerns—instead claiming this controversy was solely about theology,” it states. “However, the scope or formality of the inquiry—along with the failure to calm down over-wrought alumni and donors seems to have been an absorption of raced, gendered, and fear-based over-reaction from outside audiences.”

Wheaton has made an official effort to prioritize diversity on campus in recent years. The percentage of non-white enrollment has nearly doubled from a decade ago. Last semester, one in five students on campus were non-white—3% of students were African American, 8% were Asian American, and 5% were Latino American, according to enrollment figures.

The school’s Board of Trustees, which is slated to make the final decision about Hawkins’ employment, called for a new plan to deepen ethnic diversity in 2012. A public strategic priorities document at the time noted that “many members of the Wheaton community continue to express a lack of understanding concerning issues of ethnicity and culture, as well as the theology behind current initiatives to promote diversity among students, faculty, staff, and administration on campus.”

The plan also noted that more must change than simply increasing the number of people of color on campus. “It is crucial to create safe and positive experiences for students, faculty, staff, and visitors of all racial and ethnic backgrounds,” the document asserted. “This necessitates intentionality and expertise on campus and through outside review.”

Elizabeth Dias is a correspondent for TIME covering religion and politics. She is a graduate of Princeton Theological Seminary and Wheaton College, Ill, where she studied theology. 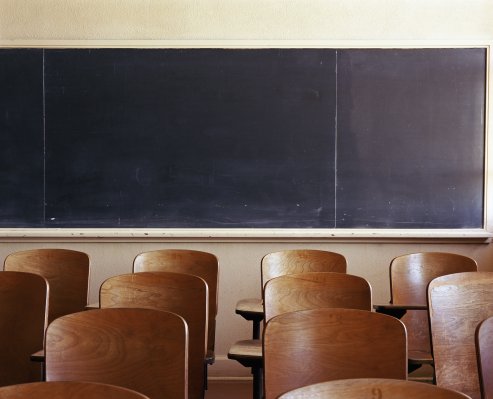 We Need to Change How We Teach Black History
Next Up: Editor's Pick