Michael Jackson Should Not Be Played By a White Man

Michael Jackson was not a white man. And he made it very clear he did not want one playing him on TV.

Yet, in spite of his actual race and his explicit wishes, white British actor Joseph Fiennes has been cast to play him in a one-off comedy based on the urban legend that Jackson, Liz Taylor and Marlon Brando took a road trip home to Los Angeles after the 9/11 attacks. Fiennes said of his retrieval of the role in Elizabeth, Michael and Marlon: “I’m a white, middle-class guy from London … I’m as shocked as you may be.”

This casting news comes during yet another a wave of awareness of race in Hollywood. On its own, Fiennes playing a part in a small comedy production seems mostly harmless—after all the screenplay isn’t about the life and times of Michael Jackson. But in the broader scheme of things, this move highlights the immovable racism of Hollywood.

Emma Stone plays a Hawaiian of Asian descent in Aloha. Rooney Mara plays Tiger Lilly in Peter Pan. Prince of Persia, The Lone Ranger and 21 all have white actors playing other ethnicities. Meanwhile, on Twitter, #OscarsSoWhite is highlighting discrimination in Hollywood. With movies like Creed, Straight Outta Compton and Concussion to choose from, not one major award nomination went to anyone who wasn’t white this year. Will Smith and others are boycotting the Academy Awards because of it.

Given this rightfully tumultuous backdrop, casting a white man in the role of one of the most iconic black men in recent American history comes off as tone-deaf at best and intentionally racist at worst.

Color may be one aspect of race, but color is not race. Michael Jackson suffered from vitiligo, a pigmentation condition that causes some areas of skin to be lighter than others. Michael Jackson’s medical condition was not his race.

Race comes along with intrinsic, cultural boundaries and history. To cast a white man in the role of a black man is to erase the struggles, burdens and history of a beleaguered people.

Race is attached to systemic oppression and has historically been a marker for discrimination. So much so that it has its own name: racism. In the same way this move erases the struggle of historical figures like Jackson, it adds to the current struggles of people of color today. Not only must they fight for their rights as human beings, but they must also fight for their already well-earned place in society. Their path has been and is still harder than the path for white people. We cannot take that away.

To tell a person who passes for white that they are white is to assign their identity to them. It bulldozes their history. It strips them of who they are, of who they have fought to be in this society. It takes agency away from them. To cast a white actor in place of a black man is racist. It doesn’t have to be Michael Jackson’s story for his race to be relevant. His race is relevant simply because it is. 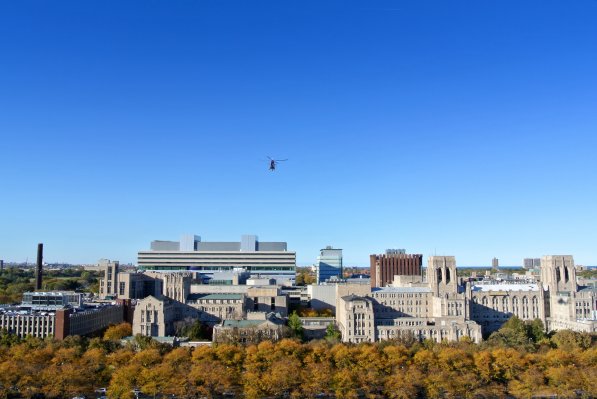 Racist Emails Leaked From University of Chicago Fraternity
Next Up: Editor's Pick