George Clooney and Rihanna might seem like an unlikely pairing, but they’re the perfect candidates for a game of Never Have I Ever.

They each appeared in separate segments on Thursday’s episode of The Ellen DeGeneres Show, but united along with the host for a game seemingly designed specifically to make celebrities forget their media training. But as the titular host told Harry Styleswhen One Direction dropped by the studio, “We’re not going to play if you’re going to lie.”

Though Rihanna copped readily to having seen a rapper naked, Clooney insisted he hadn’t, leading Rihanna to call him a liar. “One time!” he added, caught out. What does Rihanna know?

The game also revealed that neither Rihanna nor Clooney have ever slept with someone over the age of 50, a notion Clooney balked at. (Clooney is 54, and began dating his now-wife, Amal, 38, in 2014.)

Check out the clip below to find out who’s texted a nude selfie, and who has a cat that likes to be spanked. 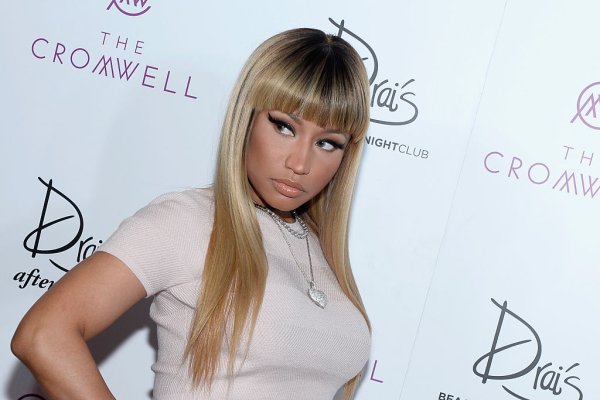 Nicki Minaj Shouts Out Miley Cyrus and Beyoncé on New Remix
Next Up: Editor's Pick