Donald Trump is pretty pleased with his loss at the Iowa caucus this week, at least according to Jimmy Fallon.

On Wednesday’s episode of The Tonight Show Starring Jimmy Fallon, the late-night host dusted off his Trump impression to give a faux-victory speech after the candidate’s second-place showing.

“I’m here tonight because the people of Iowa have wisely named me the winner and champion of second place,” Fallon as Trump began. “It’s just like children say: First is the worst, second is the best, third is the one with the hairy chest. Marco Rubio, get that taken care of. You wouldn’t want your hair to make you look ridiculous.”

The tone of Fallon’s Trump speech revolved around the idea that second place was better than first. “Two is bigger than one. One plus one is two – so basically, I won twice,” Fallon’s Trump joked. “If you don’t believe me, look at these example of why two is better than one. First up, Toy Story 2; clearly the superior movie. Next up, R2D2. I never even heard of an R1D1. Next up, the twins on The Bachelor. They’re fantastic. First of all, four boobs. Plus, they’re way better than that psycho Olivia. Is she nuts or what? Finally, the Minion that has two eyes. Way cuter than the Minion who has one eye, who, let’s be honest, looks like a penis who can see me.”

Fallon’s Trump closed his remarks by noting he was proud to lose in Iowa, and wanted his supporters to take the second-place status to heart.

“From now on, when you think of Donald Trump, I want you to think of a huge No. 2,” Fallon as Trump joked, before adding in another poop joke for good measure. “Watch out New Hampshire: the deuce is loose.” 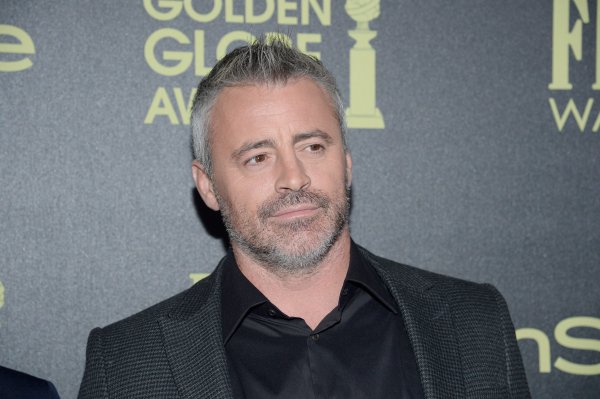 Matt LeBlanc to Host Top Gear
Next Up: Editor's Pick