A woman shows the razor blade that she uses to cut girls' genitals in Mombasa, Kenya, June 25, 2015.
Ivan Lieman—Barcroft Media
By Tara John

“You are brave, you are courageous, tomorrow you are going to be a woman.” These words are what relatives of six-year-old Hibo Wardere told her the night before she was led to a makeshift hut in the Somalian capital of Mogadishu, where a local ‘cutter’ used a razor to remove her genitalia.

Wardere, now 46, is one of at least 200 million women and children who have experienced female genital mutilation and cutting (FGM) in more than 30 countries, according to new data from UNICEF. Not only is that total far higher than previous estimates, the practice is also more widespread than researchers thought.

UNICEF researchers have only been able to source national data from 30 nations, but there are reports of procedures happening in pockets of Europe, Colombia, the U.S., India and South East Asia.

New data from Indonesia, where around 50% of girls under 11 have been cut, was largely responsible for an explosion in overall figures of nearly 70 million more people than totals of three years ago.

“What is relevant to highlight is we have always thought the practice originated in Africa and remained concentrated in many parts of the Middle East, but now with new evidence…the focus becomes wider,” Claudia Cappa, lead author of UNICEF’s report on FGM, told TIME.

Although global prevalence of the practice has declined over the past three decades, booming youth demographics in developing countries where FGM is most common has meant that absolute numbers of victims are increasing.

Today, more than 100 million girls in Egypt, Ethiopia and Egypt have undergone FGM, UNICEF reports, and at least 90% of women and girls between 15-49 in Guinea, Somalia and Djibouti.

According to the World Health Organization, FGM is classified into four types. Each involves the partial to total removal of a female’s external genitalia for no medical reason. Wardere, today an FGM educator and author in London, says Type 3 is the most devastating. Known as infibulation, the clitoris and other parts of the genitalia are carved away, leaving a tiny opening after the remaining skin is stitched-up together. ‘It is basically a slab… a wall with tiny holes, it is a dangerous business and the psychological affects that come with it is massive” Wardere says.

In all types of FGM, the short-term risks include haemorrhaging, urine retention, shock and, in the worst case scenario, death, says Leyla Hussein, a prominent anti-FGM campaigner whose online petition successfully lobbied the British government to launch an inquiry into the practice. Victims must live with infections, painful and irregular menstrual cycles, cysts, sexual dysfunction and infertility.

The reasons why FGM is inflicted varies from country to country: it is related to specific regional practices found in Christian areas to Muslim countries, linked to female right-of-passage ceremonies or the idea of preserving virginity. But activists say the common link are entrenched, patriarchal communities. “Fundamentally, it is done to control women, that is why myself and millions of young girls have undergone this” says Hussein, who started the U.K.’s first counseling service for FGM survivors.

Activists say political will, education and community dialogue are now needed to stem the problem. Wardere, who works for a U.K. governmental pilot scheme that will teach students, teachers and local councils about the risks of being cut, says a 16-year-old girl realized she was a FGM victim after attending Wardere’s lecture. She then disclosed that fact to her teachers, so as to protect her younger sisters from suffering the same fate.

Some progress is being made; Since 2008, 15 thousand communities and sub-districts in 20 countries have publicly declared they are abandoning FGM. Surveys also show men from countries with high prevalence are becoming more opposed to the practice than girls or women. In Guinea, 41% of boys aged between 15 and 19 think the practice should end compared to 27% of girls the same age, UNICEF says, while in Sierra Leone over a third of men (36%) between the ages of 45 and 49 want it to end, compared to 13% of women.

If more men in areas of Africa and the Middle East knew the issues it creates with fertility and women’s health, activists say, those voices of opposition might be louder. “I challenge these communities who undergo the practice: if you want us to have children, then why do you make it so difficult?’” Hussein says. 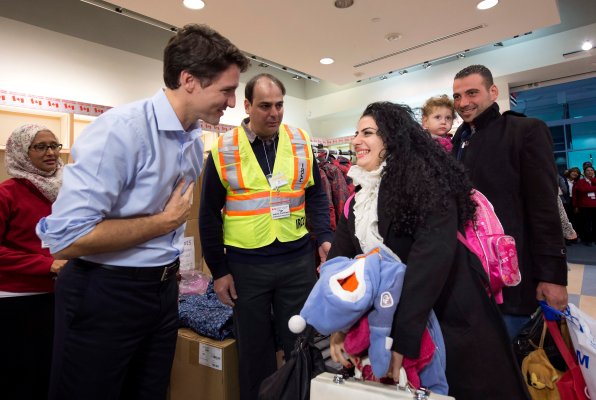 Some U.S. Senators Are Afraid of the 'Risk' Posed by Canada
Next Up: Editor's Pick