The colors in these embryos show the activity of different genes, which can be snipped out by Kathy Niakan using CRISPR/ Cas9
Courtesy The Francis Crick Institute
By Alice Park / London

It would hardly be hyperbolic to say that inside a nondescript office in London on Feb. 1, a small group of scientists and patient advocates made a decision that could potentially change the future of humanity. Since 2012, scientists have been experimenting with CRISPR-Cas9, a powerful tool that works like an editor for DNA–allowing them to find and correct mutations that can lead to deadly diseases. Now, for the first time, a researcher has the green light to test this tool on viable human embryos. Kathy Niakan is expected to start trials in London at the Francis Crick Institute–known as the Crick–within the next several months.

Scientists have manipulated the genomes of many animal species, but no sanctioned studies on human embryos have been done using CRISPR. Last year, to the horror of some scientists and ethicists, Chinese researchers reported that they had experimented on human embryos, prompting calls for a temporary worldwide moratorium on the use of CRISPR on so-called germline cells–those from human embryos, eggs or sperm. That’s because unlike other gene-editing techniques, which can be clunky to use, CRISPR is precise, efficient, affordable and, perhaps most concerning to some, easy to use. That’s what makes the Feb. 1 decision, issued by the U.K.’s Human Fertilisation and Embryology Authority (HFEA), so precedent-setting. It’s also what makes it so controversial. Depending on whom you ask, CRISPR can be cast as a medical miracle with the potential to help cure diseases like sickle-cell anemia, Alzheimer’s and even cancer–or a science-fiction nightmare waiting to happen.

For her part, Niakan is treading carefully. She ultimately hopes her research will shed light on what makes a healthy embryo, which could lead to information that could help prevent miscarriages and improve fertility. “We want to understand the biology of how to make a successful embryo,” says Niakan. “Now we have a really efficient method that allows us to make very precise and specific alterations to the DNA sequence. That allows us to ask questions about the function of genes, and which are required for healthy development.” Because the research is focused on the earliest stage of development, the embryos will be destroyed after seven days (which in itself is an aspect of this work that makes some people uncomfortable).

The fact that CRISPR allows scientists to permanently alter the human genome of embryos makes some scientists nervous. “I do not think we are ready to edit human embryos yet,” says J. Craig Venter, who co-mapped the human genome. “We have little or no knowledge of how changing the genetic code will affect development. Only a small percentage of genes are well understood. For most, we have little or no clue as to their role.”

Jennifer Doudna, a professor of chemistry and molecular and cell biology at the University of California, Berkeley, who played a key role in developing CRISPR, says she supports Niakan’s study–but only because she isn’t bringing the embryos to term. “I don’t think it’s appropriate or responsible to use CRISPR in embryos that would be implanted in people right now,” she says, adding that there are too many unknowns about the long-term effects of manipulating human genes.

After all, that manipulation is permanent. Theoretically, if the embryos were allowed to survive, their edits would be passed on to their offspring. Most ethicists accept the idea of adults’ having their genes altered to treat disease. But when genetic editing is done in a human embryo or in germ-line cells, like those in egg and sperm, the changes are forever. That may sound great if the changes prevent a person from developing lung cancer, but scientists worry that any permanent and heritable change could come with downstream consequences that simply aren’t fully understood–and can’t yet be predicted.

Manipulation of the human genome also raises ethical questions about how we define which parts of the DNA we decide to alter. For instance, should genes that contribute to non-life-threatening conditions that affect quality of life, such as asthma or severe allergies, be edited out? What about the ones linked to a predisposition for obesity? Or having red hair and freckles?

“Whenever you do gene editing, you create a different person,” says Calum MacKellar, director of research at the Scottish Council on Human Bioethics. “What you are saying, in a way, is that certain people should not exist, and that other people should exist. When you start to go down that road, you hit the eugenics field.”

The embryos Niakan will edit won’t survive beyond a week, but the fact that scientists are beginning to manipulate germ-line genomes with a tool as efficient as CRISPR means that issues like these about where to draw the line need to be discussed, and soon. “We are asking these questions,” says MacKellar, “because the possibilities are in the future and the near future.” 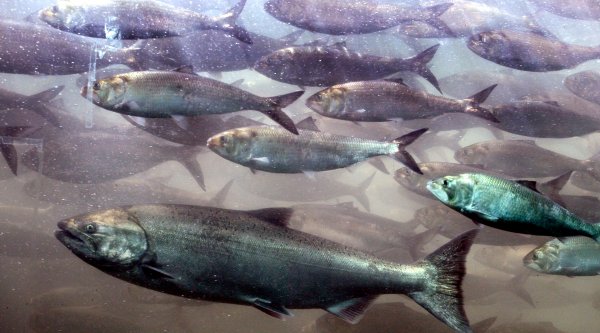