In 2000, Survivor wasn’t expected to take off; today it’s one of the most reliable draws on TV
CBS Photo Archive
By Daniel D'Addario

From the start of his presidential run, Donald Trump has been dismissed as the “reality-TV candidate.” It’s an easy jab: the billionaire mogul spent a decade hosting The Apprentice, and he stumps with the kind of exaggerated language that typifies the genre’s biggest stars. Even as Trump’s campaign rolls on–he’s polling ahead in New Hampshire after a second-place finish in Iowa–his competitors keep insisting that the American public will suddenly lose interest. We’re living in a “reality-TV kind of political environment,” Jeb Bush has said. “The emotion of the here and now will subside.”

But the history of reality TV itself, which now spans more than 15 years, tells a much different story. And if Trump’s critics pause to consider it, they may well eat their words.

Much like Trump, the first network reality show, Survivor, was initially written off as a fad. In 2000, a time when the top series were all polished and scripted–ER, Friends, Frasier–nobody expected anyone to watch jittery camera footage of real people fighting over rice on a tropical island. (That’s why CBS debuted the show in summer, its TV wasteland.) The smoothly edited, highly structured Who Wants to Be a Millionaire, the thinking went, was about as “real” as people wanted to get.

In both cases, the Establishment was wrong. Survivor’s premiere drew 15.5 million viewers, and its stars–villainous Richard Hatch, quirky Colleen Haskell–quickly became household names. Within a few years, every major network had launched an arsenal of reality hits, including Big Brother, Joe Millionaire and American Idol. Turns out people were intrigued by the raw competition of reality TV, just as they’re drawn to politicians who scoff at standard politics.

As these shows became commonplace, they redefined how people “acted” on TV. Under pressure to please producers and entertain audiences, reality stars–with the help of editors, of course–presented as hyperreal, elaborately performing their humanness so that every antic could prompt a special episode of one sort or another. During Survivor’s first finale, Sue Hawk, a truck driver, compared her castmates to “snakes and rats” and said she would be fine leaving one “dying of thirst” on the side of a road. On Season 1 of The Apprentice, which aired in 2004, archvillain Omarosa bragged to the camera about unnerving her competitors. “I called her a baby,” she once said. “I told her to go in the corner and get her pacifier and her blanket and go cry, which is what she always does.” Back then, it was shocking–boycott-inducing, even–to see behavior like this on national TV.

Today it’s expected. At any given moment, there are thousands of reality shows airing live or available to stream–everything from The Real Housewives to The Voice to Married at First Sight, a show where people literally do that. Some have won Emmys and produced stars, like Kelly Clarkson and Snooki, whose careers eclipse those of more traditionally famous entertainers. Others have snagged marquee guests, like President Obama, who appeared on Running Wild With Bear Grylls. And scripted comedies, such as The Office and Modern Family, have openly embraced the “confessional,” a reality-show trope in which stars talk directly to the camera. The tribe has spoken. They love this stuff, and it’s here to stay.

In that vein, it was never probable that Trump, the reality-TV candidate, would subside out of the blue. If anything, his rise marks the start of a new normal, in which politicians are rewarded for being the biggest possible versions of themselves–just as they would be on reality TV.

Consider Trump’s Jan. 28 rally at Drake University. While his competitors faced off in a traditional debate (on Fox News), Trump stood solo on a podium, talking straight to the camera (on both CNN and MSNBC). At one point, protesters started shouting. It was the kind of disruption that Trump, as host of The Apprentice, spent years trying to moderate. But here, set free as an agent of change in the political realm, he was Omarosa, smirking from the stage. “I love the protesters in the big arenas because the cameras never move,” he announced. “They’re always on my face.” 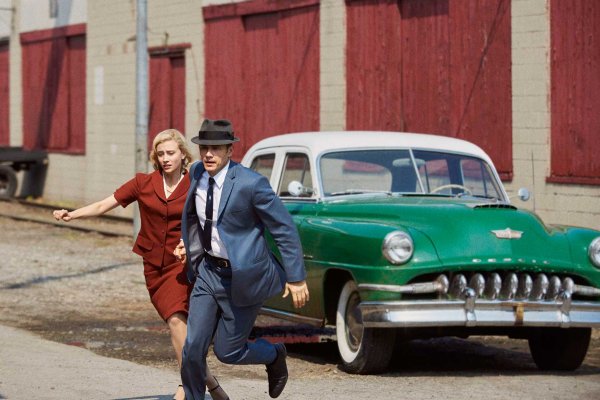