Dame Helen Mirren is coming to the defense of the Academy over the Oscars diversity debate.

The Trumbo actress spoke with Jon Snow of England’s Channel 4 News about the controversy on Wednesday, and said that she thinks “its unfair to attack the academy.”

Asked if she felt the Oscars are “behind the times” for failing to nominate a single black actor for the second year in a row, Mirren said, “It just so happened it went that way.”

While she conceded that “Idris Elba absolutely would have been nominated for an Oscar,” she explained that he was not simply because, “not enough people saw – or wanted to see – a film about child soldiers.”

Elba won Outstanding Performance by a Male Actor at the SAG Awards this weekend for his role in Beasts of No Nation.

Clarifying her thoughts, Mirren continued, “I’m saying that the issue we need to be looking at is what happens before the film gets to the Oscars.”

“What kind of films are made, and the way in which they’re cast, and the scripts … so it’s those things that are much more influential ultimately than who stands there with an oscar.”

The Academy, for its part, announced some sweeping changes to its voting process in response to the diversity uproar, including the appointment of three women and people of color as governors and a wide-scale campaign to recruit new members believed to “represent greater diversity.”

Read the rest of the article on People.com 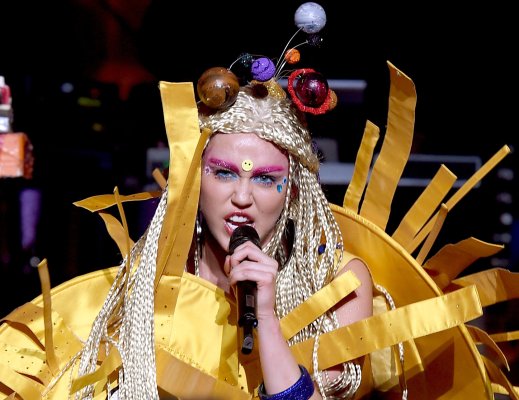 Miley Cyrus Will Be an Adviser on 'The Voice'
Next Up: Editor's Pick