The alibi witness who says her testimony upends the state’s case against convicted killer Adnan Syed finally had her say in court Wednesday.

Asia McClain, on whose account defense lawyers have pinned their hopes to win a new trial for Syed in the 1999 murder that spawned the hit true-crime podcast Serial, took the stand in a Baltimore courtroom to restate that she was with Syed in a school library at the time prosecutors say he killed his ex-girlfriend, Hae Min Lee, 18.

McClain – now a mother of two who lives in Washington state and goes by her married name, Asia Champman – repeated what she’d earlier put into a written affidavit after her offer to testify was either overlooked or dismissed by Syed’s defense attorney at his original trial.

On Jan. 13, 1999, according to Asia, she was in the Woodlawn Public Library while waiting for her boyfriend to pick her up. Shortly after 2:15 p.m., Syed walked in.

“I was so glad to see someone I knew,” she said. “He sat across from me.” The two chatted for 15 to 20 minutes before McClain’s then-boyfriend arrived with another friend, everyone said hello, and she left, recalling that her boyfriend later “wanted to know if that guy (Syed) was hitting on me.”

Syed was arrested on Feb. 28, 1999. On March 1, Asia told a friend that she was with him in the library on the afternoon of the alleged killing, a fact she repeated that night to Syed’s family.

“I told them I didn’t know if it would be helpful, but I remembered seeing him in the library that day and he seemed pretty normal,” she said. That night she also recalled writing Syed a letter, reminding him of their conversation and suggesting that the library’s video surveillance could prove his whereabouts at the time. She gave him several phone numbers to contact her.

The next day, she wrote a second letter to him, again offering any help.

She did not then know the timeline put forth by prosecutors, who theorized that Lee was killed about the same time.

On March 25, 2000, she says she was visited by Rabia Chaudry, a friend of the Syed family and longtime advocate for Syed’s innocence in the case. At that time she wrote an affidavit recounting her time in the library with Syed, and they had it notarized.

Syed’s current defense attorney, C. Justin Brown, asked if she felt pressured by Chaudry to help. “No, she was very nice about it,” she said.

But she was never contacted by Syed’s lawyer at the time, the now-deceased Cristina Gutierrez, whose competency is one of the issues raised by the defense in the current effort to win a retrial for Syed. And her two letters to Syed never came to light in either of the two trials that preceded Syed’s conviction and life sentence for Lee’s murder.

In April 2010, after McClain had moved to Washington state, she said she learned that someone from the Syed defense team was trying to contact her, and she was given Brown’s card. Instead she called the office of prosecutor Kevin Urick. “I thought the prosecutor would be the good guy who could give me unbiased information about the case,” she said.

“He said, ‘He killed that girl,’ and he didn’t have any doubt,” she said, adding that Urick told her “there’s a snowball’s chain in hell” that Brown would win Syed’s release. That conversation made her think Brown was “playing the system and manipulating the courts.”

The the Serial podcast came out, and Asia discovered that Urick had misrepresented their conversation by claiming that Asia had been pressured by Syed’s family to write her affidavit. “I was in shock,” she said. “I was unhappy, I was angry with myself, that I allowed my thoughts and opinions (to be) represented by a third party.”

She also came to realize how important her timeline was to Syed’s defense.

Until then, “I didn’t think I was very important at all. I didn’t think the time period I spoke to him (about) was of importance because his previous lawyer never reached out,” she said.

That drove her decision to speak out, she said. “It placed a great weight on my heart to make sure justice could be fairly evaluated.”

The hearing on whether Syed will be granted a new trial continues Thursday. 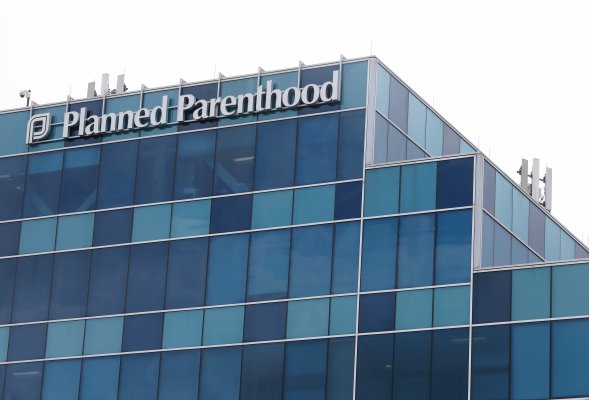 What Happened When Texas Cut Off Planned Parenthood
Next Up: Editor's Pick