People hold placards at a protest outside an immigration office in Sydney on Feb. 4, 2016
William West—AFP/Getty Images
By Simon Lewis

Australian churches and cathedrals are offering sanctuary to asylum seekers, who the country’s government wants to send back to island detention centers despite concerns over inhumane treatment.

Australia’s High Court ruled Wednesday that offshore detention was not unconstitutional, but human-rights advocates say detainees on the island nation of Nauru and on Papua New Guinea’s Manus island have been subjected to sexual and other forms of abuse.

Almost 270 asylum seekers facing return — among them 37 infants — are currently in Australia, most having received medical attention, according to the Australian Broadcasting Corp (ABC).

Some clergymen said they would open the doors of their churches to the refugees, even if it meant breaking Australian law.

“Many of us are at the end of our tether as a result of what seems like the government’s intention to send children to Nauru,” the Rev. Peter Catt, the Anglican Dean of Brisbane, told the ABC.

“So we’re reinventing, or rediscovering, or reintroducing, the ancient concept of sanctuary as a last-ditch effort to offer some sense of hope to those who must be feeling incredibly hopeless.” 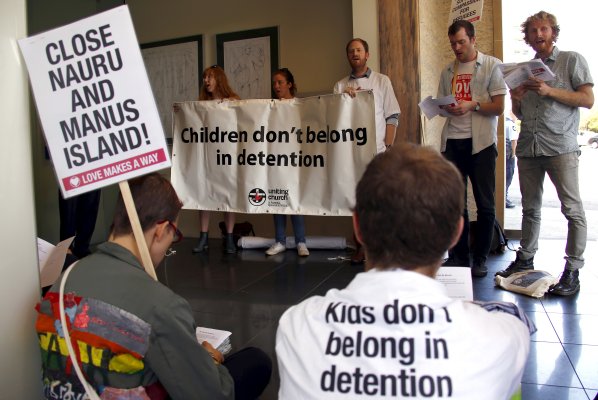