Hillary Clinton showed both vulnerability and defiance in a wide-ranging town hall meeting on Wednesday night, openly discussing her personal search for humility and firmly saying her expensive paid speeches to Wall Street firms were not a mistake.

“This is hard for me,” Clinton said to a crowd viewing the CNN-hosted town hall in Derry, New Hampshire, saying it was difficult for her to be running for president. “I never thought I’d be here on stage asking people to vote for me. I always wanted to be of service.”

The town hall, which was led mostly by audience questions, included pointed questions about Clinton’s vote for the Iraq War and her stance on Wall Street, but also allowed for revealing mediation on personal questions, both by her and Vermont Sen. Bernie Sanders, who preceded her on stage.

Clinton was asked by a rabbi in the audience how she balances ambition with humility. “I’m constantly trying to balance,” Clinton said. “How do I assume the mantle of a position as essentially august as president of the United States, and not lose track of who I am and what I believe in and what I want to do to serve?”

“I have that dialogue at least, you know, once a day in some setting or another,” she continued. “And I don’t know that there is any ever absolute answer, like, ‘OK, universe, here I am, watch me roar’ or oh, my gosh, I can’t do it, it’s just overwhelming, I have to retreat.”

It was an unusually personal moment for the former Secretary of State, who does not often discuss her doubts.

But between openly grappling with personal questions, Clinton refused to back down and second-guess her decision to give paid Wall Street speeches.

Clinton has been attacked for accepting nearly $700,000 from Goldman Sachs by Sanders, who has accused her of being influenced by Wall Street. It has become an issue on the campaign trail as some Democratic voters question Clinton’s integrity and independence.

When asked by moderator Anderson Cooper if she made a mistake in giving paid speeches before announcing her White House bid, Clinton said no. “Look, I made speeches to lots of groups. I told them what I thought. I answered questions,” she said.

Clinton said she has not been influenced by donations or speaking fees and claims to have a more comprehensive Wall Street reform plan that Sanders. “Anybody who knows me, who thinks that they can influence me, name anything they’ve influenced me on,” she said. “Just name one thing. I’m out here every day saying I’m going to shut them down, I’m going after them. I’m going to jail them if they should be jailed. I’m going to break them up.”

The night was revealing for Sanders as well, who was asked whether he is a person of faith. “I would not be running for president of the United States if I did not have very strong religious and spiritual feelings,” Sanders said. “So my spirituality is that we are all in this together and that when children go hungry, when veterans sleep out on the street, it impacts me. That’s my very strong spiritual feeling.”

Sanders and Clinton will meet on a debate stage on Thursday night in Manchester. 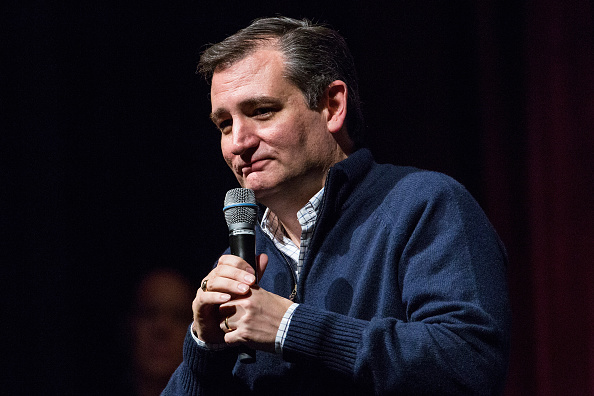 Why Criticizing Ted Cruz Seldom Works
Next Up: Editor's Pick