Airbus Defense satellite imagery dated Jan. 25, 2016, shows three objects at the base of the gantry tower that are either vehicles or equipment at Sohae Satellite Launching Station in North Korea
Airbus Defense/Reuters
By Nash Jenkins

Leaders across the world have decried North Korea’s plans to test a long-range rocket later this month, despite Pyongyang’s insistence that it is simply trying to better the country’s space program.

The scheduled launch, which many see as a deliberately provocative military exercise, has prompted criticism from U.N. Secretary-General Ban Ki-moon and from the U.S., which called it “yet another egregious violation” of U.N. protocol, reports Agence France-Presse.

Pyongyang told the U.N. on Tuesday that it would launch an “earth-observation satellite” between Feb. 8 and 25, coinciding with the birthday of late Supreme Leader Kim Jong Il, whose son Kim Jong Un currently holds power. The scheduled launch will come just weeks after the reclusive authoritarian country’s widely condemned test of a hydrogen bomb, aggravating existing tensions in the region.

Japan has pledged to shoot down any missile that encroaches on its territory.

“We are extremely concerned about this,” Lu Kang, a spokesperson for China’s Foreign Ministry, said at a press conference on Wednesday, reports Reuters. China is North Korea’s only major ally. “In the present situation, we hope North Korea exercises restraint on the issue of launching satellites, acts cautiously and does not take any escalatory steps that may further raise tensions on the Korean peninsula.”

South Korea has said the North would pay a “severe price” if it went ahead with the launch. 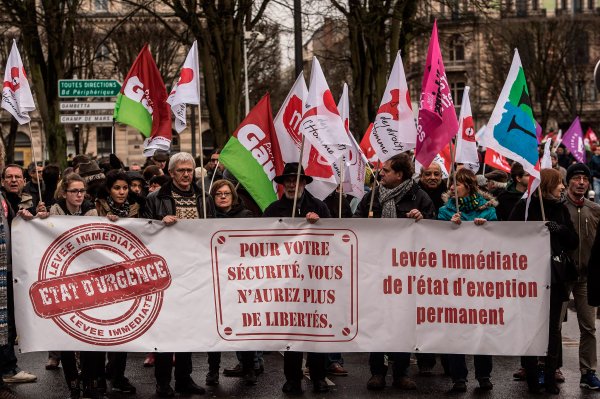 France Accused of Civil Rights Abuses in Name of Safety
Next Up: Editor's Pick