Cam Newton #1 of the Carolina Panthers dances The Dab as he warms up during their game against the Washington Redskins at Bank of America Stadium on November 22, 2015 in Charlotte, North Carolina. The Panthers won 44-16.
Grant Halverson—Getty Images
By Sean Gregory

If you’ve paid any attention to the Super Bowl 50 buildup, you may have heard that Carolina Panthers quarterback Cam Newton likes to dance on the field when the Panthers score touchdowns. Some opponents and commentators, social media critics/trolls, and at least one aggrieved mom from Tennessee don’t appreciate Newton’s showmanship, calling it unsportsmanlike–and worse. However contrived the “controversy” about Newton’s exuberance may be, it has risen to the level of a Super Bowl “thing,” a sort of Deflategate Lite.

In a news conference after the Panthers won the NFC Championship game, Newton laid out why he believes his moves are so polarizing: “I’m an African-American quarterback, that may scare a lot of people because they haven’t seen nothing they can compare me to.”

This controversy, however, ignores the bigger question (besides, Newton’s ascent to NFL royalty is clearly a great thing): Can Cam really dance?

Read More: How Cam Newton Became the Face of the NFL

To help assess his talent, we asked four dance instructors to break down his moves. Overall, Newton received high marks for technique and execution. “I like the fact that that’s him having fun,” says Safi Thomas, artistic director and founder of H+ | The Hip Hop Dance Conservatory in New York City. “That’s the basis of everything we do in hip-hop. Not taking yourself too seriously.”

“He’s asking everyone to celebrate this amazing touchdown with him,” says Porshia Derival, executive director of The Hip Hop Dance Conservatory. “I love that he’s opening the door to dance and party and have a good time.”

We asked the experts to view three clips. In the first, Newton goes “dabbin'” after scoring a touchdown in a Nov. 15 game against the Tennessee Titans, paying homage to a dance created in Atlanta; Migos, an Atlanta-based group, released a song “Look at My Dab” earlier in 2015. (Warning: song contains explicit lyrics)

How to describe Newton’s dab? It was something like “shimmy your shoulders, wave your arms, bow the head, do a criss-cross things with your arms, kick your right knee up.” The routine impressed the experts. “At first, it looked like we was about to hit the quan,” says Thomas. “And then he turned it into a dab. So that was nice.”

The next dance, which Newton broke out after scoring against Dallas on Nov. 26, seemed goofier. But not to the hip-hop instructors.

“The swim! The swim!” says Khalil Johnson, a teacher at Gotta Dance, a studio in Newton’s hometown of Atlanta. “That’s a classic one.” By incorporating the twist and swim into the start of the routine, and ending on a more modern maneuver, Newton is charming older fans more likely to yell at him from their lawns. “I don’t know if that was his intention, but it was definitely a good move for him to do that, because it’s bridging the gap between the older generation and the newer generation,” says Thomas. “He starts out old school, and ends on the dab on ’em. He fills it in for everyone.”

Newton, however, could have done Chubby Checker prouder. “If you’re going to do a twist, do a twist,” says Thomas. “Go all out, don’t just do it a little bit. Go all the way down, go all the way up. Do a twist.”

Newton’s third performance, during Carolina’s 38-0 win over the Atlanta Falcons on Dec. 13, followed a 46-yard touchdown pass to wide receiver Ted Ginn Jr. in the first quarter. You can view it here. Sorry, Cam: the critics panned this one. Newton runs into the end zone, bounces slightly, pauses … and then just bows. “I guess it’s a celebratory dance, like, nah,” says Thomas. “For that one, it was just OK, I’m tired, I don’t want to do anything.”

“Usually when a dancer pauses, that means whatever he’s going to do next is going to be really exciting,” says Yvonne Chow, education director at the Hip Hop Dance Conservatory. A bow doesn’t fit that bill.

Newton could use a little more variety in his celebrations, say the pros. “The stanky legg would be a good one for him,” Chow says. “Because he does a lot with his upper body, with the dabbin’, but I think this would bring in more, cause the stanky legg is all about your leg, and the lower body.” (Newton did do the stanky legg with a young fan after a scrimmage this summer).

“You know what, I would love to see him do the Roger Rabbit,” says Derival. “I think he’s got the power, and to a nice New Jack beat, I think it can really it can really get everyone in that arena up and dancing.”

The experts offer another general criticism of Newton: he doesn’t express himself enough. “Go harder,” says Thomas. “Just kill it. That’s my advice. Kill it.”

Imagine: an entire pro football team Roger Rabbiting and dabbin’ and doing the stanky legg all over the field following a score. The Hip Hop Dance Conservatory apparently would like to see the biggest on-field brawl in Super Bowl history.

At the very lest, Cam, if you read this: a Roger Rabbit on Sunday, please. 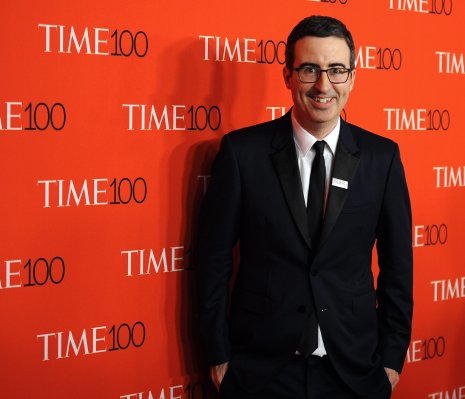