Another U.S. City Finds Lead in Its Drinking Water

As residents in Flint, Mich. continue to warm bottled water for their baths and the blame for the public health crisis is debated in Congress, concern over lead in the water supply has spread to another U.S. city.

Last week, the city of Jackson, Miss., announced that 13 out of 58 homes randomly tested showed lead levels between 17 and 20 parts per billion (p.p.b). The level that is supposed to trigger federal action is 15.

City and state officials say the results are isolated and do not indicate widespread issues with the water supply in Mississippi’s largest city. But the reports highlight the increased attention to questions of environmental justice in the wake of the Flint disaster. In late January, Ohio health officials confirmed the presence of lead in the drinking water in the town of Sebring and said five local children were found to have elevated levels of lead in their blood. And on Feb. 2, Democratic presidential candidate Hillary Clinton weighed in on the lead levels in Jackson, urging local officials to “treat these situations with the utmost seriousness.”

The problems in Jackson are on a much smaller scale than what occurred in Flint, where at least one home was found to have lead levels of 13,200 p.p.b. But exposure to any heightened levels of lead can lead to developmental problems and brain damage, particularly for young children, and environmental scientists say it is uncommon for more than trace amounts of lead to show up in drinking water anywhere in the U.S.

“Lead is really not found that often in municipal water supplies,” says Gabriel Filippelli, a professor of earth sciences at Indiana University-Purdue University Indianapolis who studies lead in soils and water. “In this case, Flint awareness certainly raised our understanding of this issue, but it doesn’t come up much.”

In a Jan. 29 news conference, Jim Craig, director of Mississippi’s Department of Health, said that the water samples in Jackson were taken in June 2015 and elevated lead levels were discovered the following month but weren’t reported to the city until January 2016. Craig said that the department was following Environmental Protection Agency guidelines requiring a six-month monitoring period after lead levels have been shown to be above the federal action level.

The sampling was done as part of an EPA compliance test for lead and copper that is mandated every three years for municipal water systems. In the news conference, Mary Currier, Mississippi’s state health officer, said that the department doesn’t calculate whether a system is in compliance until the three-year period is over.

In August 2014, the city switched its water from the Maddox Road Well system to surface water, which includes nearby rivers, lakes and streams. A state health official says the switch may have created the lead problem.

“It is not unusual for water systems to appear ‘actionable at the end of a compliance period,” Liz Sharlot, communications director for the Mississippi State Department of Health, wrote in an email. “It happens from time to time.”

State officials say they believe the problem is not systemic and that the water in Jackson is not in violation of the Safe Drinking Water Act. Nevertheless, the city has since returned to its original water source.

The crisis in Flint was touched off when the city switched its municipal water source to the Flint River without treating the water with an additive to prevent lead from the pipes from leaching into the supply. The issue in Jackson, although apparently on a much smaller scale, underscores the public health vulnerabilities when a city changes its water supply, says Glen Daigger, a professor of environmental engineering at the University of Michigan.

“That’s really the cautionary tale here,” Daigger says. “We need to think a bit more about recognizing that when there is a change in the water source, those are the times that absolutely require more intensive monitoring.” 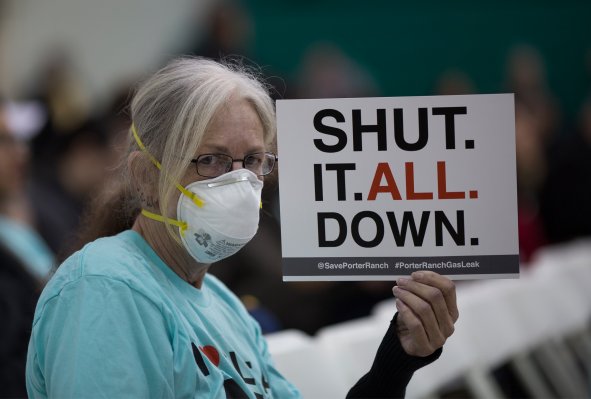