People hold a banner that reads, "For your security, you will no longer have freedom" during a protest against the state of emergency imposed after the November terror attacks, in Lille, northern France, Jan. 30, 2016.
Philippe Huguen—AFP/Getty Images
By Vivienne Walt / Paris

The national state of emergency in France declared hours after ten gunmen killed 130 people in Paris has led to thousands of warrantless house searches and hundreds of curfew orders, wreaking havoc on the lives of countless seemingly innocent people across the country.

That is the conclusion from Amnesty International, in a new report which finds that in the three months since the attacks French police have engaged in a crackdown far disproportionate to any terror threats, against targets that are overwhelmingly Muslim.

“People wake up with 20, 30 police officers bursting into their houses, in many cases people are handcuffed, police point firearms against them,” Marco Perolini, who authored the Amnesty report, told TIME on Wednesday. “You cannot imagine the traumatizing impact on people.”

The 12-day state of emergency declared by French President François Hollande hours after the Nov. 13 attacks was quickly extended to Feb. 26, giving police widespread powers to search houses, businesses and places of worship. On Friday, lawmakers begin discussing another three-month extension to late May, which is highly likely to be passed next week.

The state of emergency allows police to obtain search warrants from municipal officials based on little information, rather than having to go to a judge with specific allegations. Nighttime raids can be carried out with few limits, and citizens or neighborhoods can be slapped with travel restrictions preventing them leaving their town. The French parliament is to debate a government proposal to amend the French constitution to allow states of emergency to be declared more easily, and it also wants new powers allowing them automatic investigation of people who travel to areas where “terrorist groups operate.”

Watch next: How France Has Changed Since the Charlie Hebdo Attack

Few people questioned these new measures after Nov. 13, especially as officials have warned repeatedly of further terror attacks by the Islamic State of Iraq and Greater Syria, or ISIS. But some are beginning to question them now; Perolini, who gathered testimony from numerous witnesses, says officials are targeting people based on “very flimsy grounds,” and that those under suspicion then find it exceedingly difficult to prove their innocence, in part because the allegations against them are vague.

Issa, a French Muslim salesman from eastern France, told TIME by phone on Wednesday that authorities targeted him late last year as a suspected extremist. Police raided his home in early December, copying the data from his computer, and then imposing restrictions on him that confined him to his small town near the French Alps. They also replaced his permanent identity document with a so-called “replacement” card effectively marking him as a person under suspicion.

He has since lost much of his work and his family is struggling to make ends meet, he says. He believes his troubles began after a friend of his wife, with whom she had had a dispute, denounced him in an anonymous call to a police hotline. “In France these days, you can just accuse someone anonymously on a telephone,” says Issa, who did not want his last name in print, for fear of endangering relatives.

In a separate study, Human Rights Watch interviewed 18 people in France during January, and came to very similar conclusions to Amnesty International. They documented instances of police smashing people’s possessions, and beating a disabled man so badly he lost four teeth before realizing they had the wrong person. In another case, authorities transferred a single mother’s children to foster care after a police raid, the group said. “Police have used their new emergency powers in abusive, discriminatory and unjustified ways,” Izza Leghtas, Human Rights Watch Western Europe researcher said in a statement.

It’s not just human rights groups loudly criticizing the police for overreach and outright abuses. The state of emergency has also become an explosive political issue. Justice Minister Christiane Taubira quit the government last week over its proposals to strip convicted French-born jihadists of their citizenship, if they hold the nationality from a second country. On Saturday, thousands of people took to the streets of Paris, to protest government plans to widen security powers.

So far, the government shows no signs of backing down. Prime Minister Manuel Valls said last month officials need the ability to use “all available means” to root out suspects, “until we have obviously got rid of Daesh,” a pejorative term for ISIS. Government spokesman Stephane Le Folle told reporters on Wednesday that the terrorist threat in France remains “at an extremely elevated level.”

There’s little evidence the enhanced policing has produced results, however. Officials say they conducted 3,242 searches up until Jan. 29. Of those, Amnesty says, 25 resulted in criminal investigations — all but four of which were for “apology of terrorism,” a term related to expressions of sympathy for extremist groups.

But with the state of emergency stretching into the summer and possibly beyond, Amnesty fears the police will likely continue to push the boundaries of civil liberties — even when they have only weak evidence of wrongdoing by those they are targeting.

“The evidence is always cut and paste,” says Amnesty’s researcher Perolini, who has seen on numerous search documents the identical phrase: “Threat to public order and security.” “You are targeted, your house is searched, police turn up,” he says, “and then you are not given any information about why you are a target.” 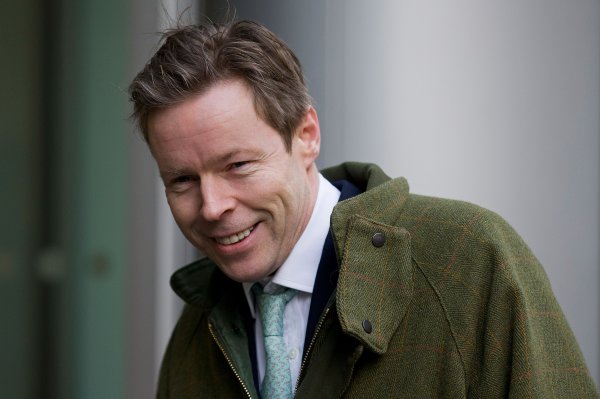