Why Kanye West Had Trouble Getting a Record Deal

Kanye West fans have been awaiting the Feb. 11 release of his latest album for months–hanging on every name change and track list hint. It’s a far cry from what record executives predicted over a decade ago, before the release of his 2004 studio debut The College Dropout.

As TIME explained in a 2005 cover story about West’s then-burgeoning career—his sophomore album, Late Registration, was about to drop—his middle-class background and decidedly bourgeois style turned off an industry accustomed to selling street-hardened swagger. For Kanye, that made the road ahead a tough one:

It was Roc-A-Fella, however, that eventually gave him a deal—and scored big when The College Dropout was a major hit. And, as it became a success, so did the aesthetic that the record execs had been so wrong about.

In one sense, however, it was Kanye who was wrong about himself: back in 2005, he told TIME that, as he and his career matured, he would likely tone down his public behavior, as he’d “have a lot more to lose.” More than a decade later, the man who has said that his latest release will be one of the best albums ever made is anything but toned down. 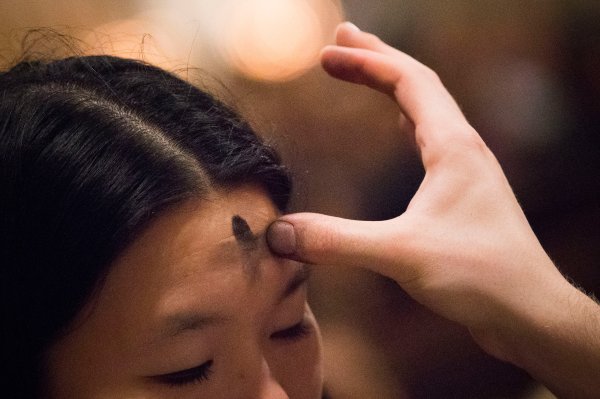 The Long History Behind Ash Wednesday Traditions
Next Up: Editor's Pick