Welcome to the burgeoning business of weed. As pot goes from a drug enjoyed recreationally by a subculture to a mainstream substance, Vice has dedicated an entire TV show, Weediquette, to examining the politics, business and moral issues surrounding marijuana.

The show will premiere on March 1 at 11 pm on Vice’s new TV channel Viceland, which is co-run by Her filmmaker Spike Jonze. Weediquette evolved from a Vice.com web series hosted by journalist Krishna Andavolu. “We’re at an age we probably won’t go through again in our lifetime—watching an illicit substance become legal,” he says.

The first episode follows cancer patients who believe marijuana may be responsible not just for relieving the pain associated with chemotherapy but also for shrinking their tumors. “There’s a lot of anecdotal evidence of people treating themselves with high-powered THC oil and even giving it to their kids,” he says. “But it’s not necessarily evidenced by science. And these kids are getting very stoned. They’re taking the equivalent of 10 bong hits of weed per day.”

Though Andavolu says he is a weed smoker—and indeed Vice has built its reputation by diverging from the traditional rules of journalism—he says the show tries to remain balanced. “We’re trying to give an incisive view of this and question things that are given as facts,” he says.

“We’re not hiding the fact that we think weed should be legal and people shouldn’t be in jail for it. But we’re asking does this make sense, legally, morally, politically? When it doesn’t, we’re not afraid to take emotional and political sides of the issue,” he says. 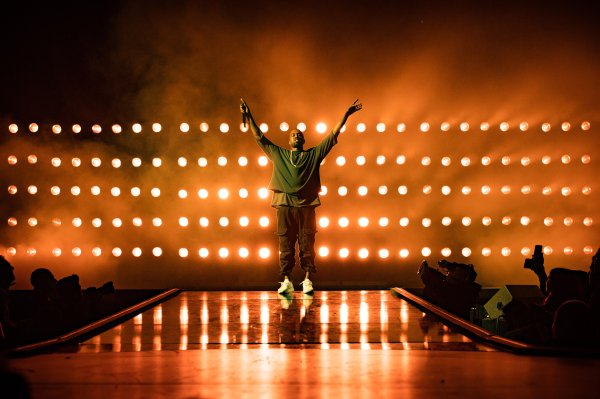 Kanye West: Waves Is 'One of the Greatest Albums'
Next Up: Editor's Pick