Google is experimenting with a program that would direct British users searching for words linked to religious extremism to content designed to counter radicalization, a company executive has said.

Anthony House, Google’s senior manager for public policy and communications, told British lawmakers in a parliamentary committee hearing about the pilot initiative, which is targeted at reducing the online influence of groups like ISIS, the Guardian reported Tuesday.

Google on Tuesday said House’s remarks had been misinterpreted and that it would not be changing or redirecting Search results. Instead, it would allow nonprofits to place ads deterring would-be jihadists on certain searches:

“What was referenced is a pilot Google AdWords Grants program that’s in the works right now with a handful of eligible nonprofit organizations,” spokesman William Fitzgerald told Buzzfeed. “The program will enable NGOs to place counter-radicalization ads against search queries of their choosing.”

At least 700 British citizens have traveled to Iraq and Syria to join jihadist organizations, the BBC reports. 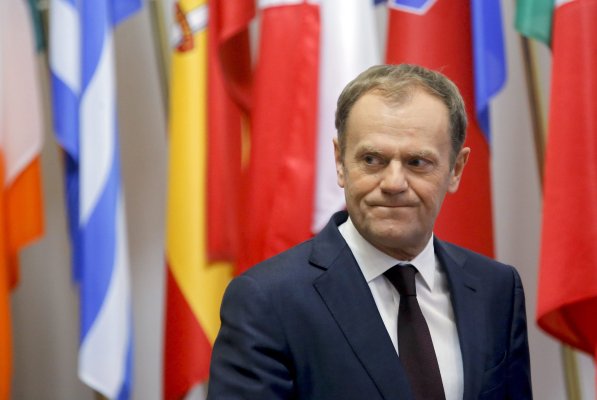 How Europe Plans to Keep the U.K. European
Next Up: Editor's Pick