Explosion on Airliner Over Somalia Injures 2

The view of a Daallo Airlines Airbus airliner after the explosion causing its emergency landing at the International Airport in Mogadishu, Somalia, on Feb. 2, 2016.
Anadolu Agency/Getty Images
By Melissa Chan

An explosion blew a hole in a commercial plane, injuring at least two people before the pilot was forced to make an emergency landing in Somalia late Tuesday.

The Daallo Airlines-operated aircraft was headed to Djibouti in the Horn of Africa and had taken off from Mogadishu’s international airport minutes before the blast, the Associated Press reports.

“I think it was a bomb,” said 64-year-old Serbian pilot Vladimir Vodopivec, according to the AP. “Luckily, the flight controls were not damaged so I could return and land at the airport. Something like this has never happened in my flight career. We lost pressure in the cabin. Thank god it ended well.”

Two people suffered minor injuries, and 74 passengers and crew members were evacuated after the plane made a safe landing, the AP reports. It’s not clear if all the passengers were accounted for.

The cause of the explosion is “still unclear,” Daallo Airlines CEO Mohammed Ibrahim Yassin told Fortune. “Fifteen minutes the aircraft was in the air. There was a bang, a sort of an explosion, and then it returned safely,” Yassin said. “We don’t know what caused it … Anything is possible. By tomorrow the picture will be clearer.” 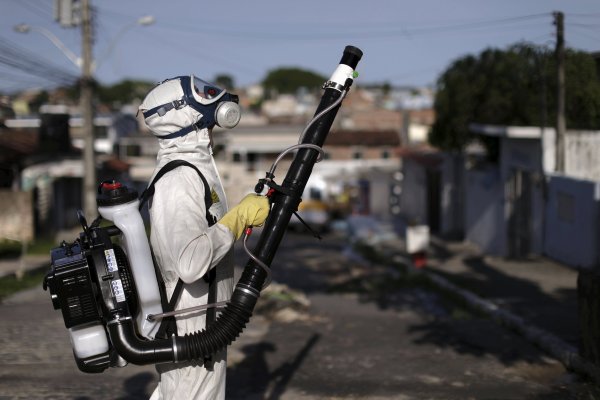 Inside Brazil's Battle Against Mosquitoes
Next Up: Editor's Pick