The Birthplace of Every Presidential Contender in One Map

Donald Trump has repeatedly questioned whether Ted Cruz, who was born to an American mother in Canada, is eligible to be president—a line of attack Trump is unlikely to drop since Cruz beat him in the Iowa caucuses. The Supreme Court has never weighed in on who qualifies as a “natural born citizen,” though most legal experts agree that Cruz is a legitimate candidate.

The following map shows the birthplace of every president and his main opponent, as defined by the National Archives’ history of electoral college results.

Like Cruz, 2008 Republican nominee John McCain was born outside the U.S., on the Coco Solo Naval Air Station in the Panama Canal Zone. Few questioned his eligibility since his parents were American. And while Barry Goldwater was born in the current U.S., in what is now Arizona, he was born before it was granted statehood.

Of course, all the early presidents were born before there was a United States to be a citizen of, though the Constitution specifically grant eligibility to anyone who was a “Citizen of the United States, at the time of the Adoption of this Constitution.” 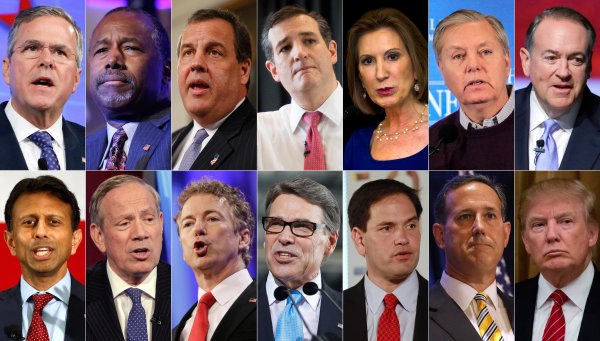 Is This Person Still Running for President?
Next Up: Editor's Pick