Rubio Says Hollywood Has Bigger Problems Than 'Oscars So White'

Florida Senator Marco Rubio declined to weigh in on the controversy surrounding the lack of diversity in Academy Award nominations Tuesday.

In an interview with CNN taped at the Puritan Backroom restaurant in Manchester, N.H., the afternoon after his third-place finish in the Iowa caucus, the youthful lawmaker was asked whether the Oscars are “too white.”

“I don’t know. What does that mean?” the candidate replied.

The CNN anchor tried again. “That’s the rap on it — pardon the pun — that there aren’t enough people of color who are nominated,” said Alisyn Camerota.

“Hollywood has bigger problems than that,” Rubio continued, saying he was familiar with the controversy, but adding, “I haven’t been following that very closely.”

Rubio told Camerota he still hasn’t seen Straight Outta Compton, the film whose Oscar snub helped precipitate the growing conversation over diversity in Hollywood. “I want to see the movie. I haven’t seen the movie,” he said, adding he couldn’t weigh in on the snub because he hadn’t seen the film.

Rubio said he thought more significant than racial-diversity issues was Hollywood’s values posing a challenge to parents seeking to educate their children with their faith’s values.

“I think the bigger problem with Hollywood is the values they are trying to ram down our kids’ throats and how hard it’s made it on parents,” he said.

Camerota had asked Rubio about his musical tastes, with Rubio, a longtime hip-hop fan, saying he’s shifted away from the genre in recent years because the lyrics are inappropriate for his children.

“You know, people know this, that over the last couple of years I’ve gotten really into electronic dance music, so Avicii and Calvin Harris,” he said. “The lyrics are clean, so I can listen to it in front of my kids without worrying about it.” 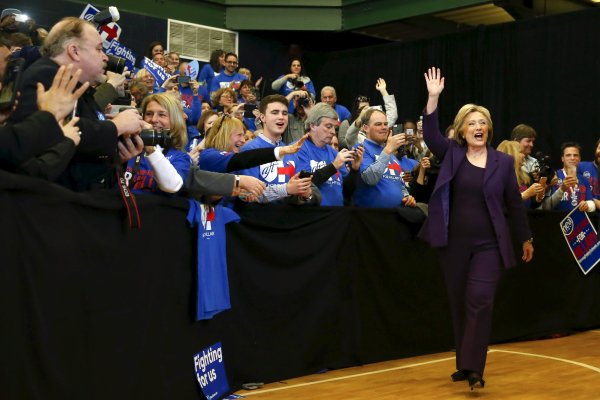 Presidential Campaign Moves to New Hampshire
Next Up: Editor's Pick