A logo sits on the printed circuit board (PCB) of a Raspberry Pi single-board computer following assembly at Sony Corp.'s technology centre in Pencoed, U.K., on Monday Dec. 16, 2013.
Bloomberg—Bloomberg via Getty Images
By John Patrick Pullen

Of the many things that Twitter is used for, one of the more popular is complaining about companies’ poor customer service to the masses. All the cool kids are doing it, from Russell Crowe to Andie MacDowell, and now with the help of one clever Reddit user, even robots are doing it, too.

The problem began when someone going by the username AlekseyP noticed his Internet download speeds dipping below the 150 megabits per second (mbps) that he was paying for. He’d tweet about it, but by the time Comcast would reply hours later, the speeds had already returned to normal.

“I know some people might say I should not be complaining about 50mpbs down, but when they advertise 150 and I get 10-30 I am unsatisfied,” he writes.

So, to document the ongoing data rate fluctuation, he set up a Raspberry Pi microcomputer to run speed tests every hour. And whenever the data rate dipped lower than 50mbps, it would automatically tweet at Comcast, listing the speed.

Of all the companies that get picked on online, Comcast may have the most sad emojis flung its way via social media. The company has had several abysmal customer service experiences revealed via social media, including one that featuring an eight-minute-long recording of a man desperately trying to close his account.

In the meantime, getting customer service via social networking is a practice so pervasive that Twitter has even pulled together research to help companies handle the unflattering tweetstorms better.

But AlekseyP isn’t just tossing frownies at Comcast for his own gain. He’s doing it for all of us. “I have chosen not to provide them my account or address because I do not want to be singled out as a customer,” he writes. “All their customers deserve the speeds they advertise, not just the ones who are able to call them out on their BS.”

The move is also an ingenious quality assurance hack, because it keeps Comcast accountable, even when AlekseyP isn’t at the computer. The Reddit user reports that they use the service to stream Netflix or HBO Go, as well as download games on Steam, and their service registers 90mbps (not the 150 he is paying for) most of the time. “Plenty of the drops are at night when we are asleep or during the day when we are not home,” he says.

For its part, Comcast’s promotional materials describe the data rates as “download speeds up to” the quoted figure. In addition, the fine print says that “actual speeds vary and are not guaranteed.” So really, Comcast’s promoted speeds have a very loose connection to the reality the company is delivering — especially if its users don’t monitor and report it. But the amount of frustrated Comcast customers that is all too real. 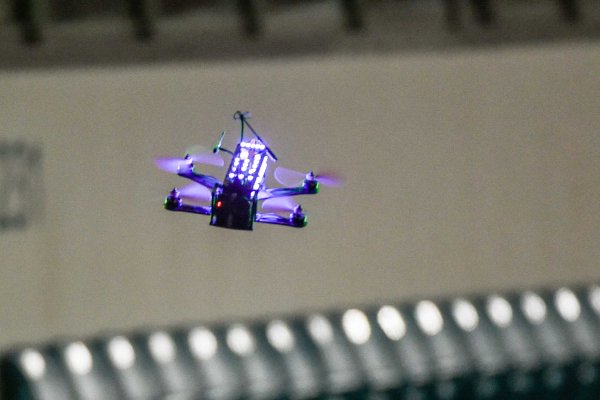 The Drone Racing League Is Building an Insane New Sport
Next Up: Editor's Pick