Kate Winslet revealed on Jimmy Kimmel Live that she isn’t tired of fans continuing to gush over her and Leonardo DiCaprio.

On Monday night’s show, Kimmel told the Steve Jobs actress that people seemed happy to see Winslet sitting next to Leo at the SAG Awards over the weekend, “even though, in a way you let him freeze to death in the water,” referring to one of the most memorable scenes from their 1997 film Titanic.

“People are always so excited to see Leo and myself in the same space, which you know at the end of the day that is so lovely, isn’t it,” replied Winslet. “It’s been 20 years and people still get such a kick out of it.”

She also confessed to having a laugh about it with DiCaprio at Saturday’s award show, telling The Revenant star: “My god can you actually believe it that people get so… overwhelmed by the Jack and Rose thing till today.” 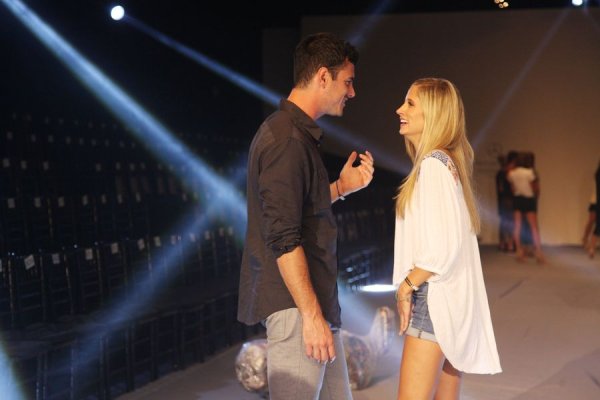 The Bachelor Watch: Oh, Mexico
Next Up: Editor's Pick