The U.S. has joined the chorus of international voices expressing concern over the fate of the five Hong Kong booksellers who have gone missing in recent months, urging authorities in China — where the men are believed to be detained — to “allow them to return to their homes.”

“These cases … raise serious questions about China’s commitment to Hong Kong’s autonomy under the ‘one country, two systems’ framework, as well as its respect for the protection of universal human rights and fundamental freedoms,” John Kirby, a spokesperson for the U.S. State Department in Washington, said at a press conference on Monday. “We urge China to clarify the current status of all five individuals and the circumstances surrounding their disappearances.”

American diplomatic authorities in Hong Kong said that they are monitoring the situation on the ground, where political anxieties have simmered in the wake of the disappearances.

“We share the concern of the people of Hong Kong regarding these incidents, and we are following the issue closely,” Darragh Paradiso, a spokesperson for the U.S. Consulate General Hong Kong and Macau, told TIME on Tuesday afternoon. “We have raised our detailed concerns through diplomatic channels and will continue to do so.”

The booksellers in question were affiliates of Mighty Current Media, a Hong Kong–based publishing firm best known for printing and selling books on scandalous, China-related topics — the sexual dalliances of top Communist Party officials, for instance. The books are banned under Beijing’s censorship laws, and so the firm’s bookstore in Causeway Bay, a bustling retail district, has long been a popular destination for mainland Chinese tourists in Hong Kong, where the freedoms of speech and press are preserved. (Since the end of British colonial rule, Hong Kong has maintained its own politics and legal system with a “high degree of autonomy,” as the territory’s constitution decrees.)

The disappearance of the five booksellers has thus caused deep alarm in Hong Kong. Four of them went missing overseas in October; the fifth, Lee Bo, was last seen at his warehouse in Hong Kong, leading many to suspect that he was abducted from the territory by mainland agents — an unprecedented violation of the Basic Law, as Hong Kong’s constitution is called.

In early January, the European Union called for an investigation into the disappearances. Lee holds British citizenship; his colleague Gui Minhai, who first went missing in October, appeared to distance himself from his Swedish passport in a seemingly scripted confession on Chinese state television last month.

Though the U.S. said in January that it was “disturbed” by the disappearances, this is the first time Washington has publicly commented on China’s involvement in the matter. 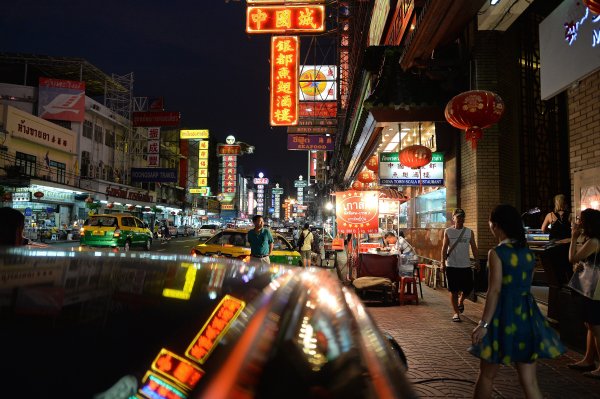 Inside the Chinese Exile Community In Thailand
Next Up: Editor's Pick