Welcome back to The Bachelor where Sunday school teacher Ben Higgins has taken his traveling harem and made a run for the border. (Blame, NAFTA!). While Mexico is a lovely country that has undoubtedly paid a pretty penny in promotional pesos to host the show in Mexico City, there is one small fact marring the trip. “There are 11 girls here and we’re all dating the same guy,” points out Jubilee. That’s what makes it so much fun to watch, Jubilee!

The First Date: Olivia is convinced she is going to get the one-on-one date, but weirdly the Date Card has Amanda’s name on it. Presumably Olivia spends the rest of the day running around trying to figure out if one of the producers misspelled “Olivia” as “Amanda.” For Amanda’s date, Ben barges into the women’s suite at 4:30 in the morning. He walks into a sea of retainers and weaves littering the furniture. (That sound you hear is Britt wearing glitter shadow and laughing at all these amateurs.) Of course, Amanda popped up practically perfect, probably because she’s a mom and is used to interrupted sleep. Ben takes her hot air ballooning over Teotihuacán, which looks like fun, but Amanda forgot to squeal about being afraid of heights, missing an opportunity to cling to Ben’s big bicep and be comforted by her milk-fed beau. Later, Amanda tells Ben about her divorce and he puts on his shining armor and swoops in with a rose in his teeth. These two might be at different points in their lives, but they do have matching dead-behind-the-eyes looks, so they could be perfect for each other.

The Group Date: When the Date Card is read, Olivia is certain Ben will choose her for the second one-on-one date. Ben chose Lauren H. instead. “He’s mine,” said Olivia, ignoring the fact that Ben just chose a grown-up with Midwestern accent and a retainer over her. Instead, Olivia goes into the group date with a mission: Get the Date Rose. But before she can get that rose she has to battle with Jubilee, Becca, Jo Jo, Caila, Emily, Lauren B., Jennifer, Leah, and, of course, Olivia, because girl is her own worst enemy. First stop is a Spanish class and some how none of these women have ever spoken a lick of Spanish before (or at least they don’t speak Bachelor-ese). After a few recitations of “Te amo!” They head to a cooking class. When told to pair up, Olivia grabs Ben as a partner, ticking off all the other girls and proudly declaring: “I’m Olivia again, I’m back!” The other women have to compete for Ben the old fashioned way — with their tacos. “Ben already tasted my taco and he loved it,” said Jo Jo with a straight face. (Does Chris Harrison know about this??) After all the women present their wares to Ben and the judges, Lauren B. and Jubilee win — but they don’t get kisses, roses, cash, Mexican citizenship, or even a taco for their trouble.

The Bachelor Milestone: In the middle of the group date, ABC runs a McDonald’s commercial featuring Ben, Farmer Chris, Sean and Catherine, and even Desiree and that guy she married. McDonald’s must have really thrown down some cash to get Desiree on board!

The After Party: Jubilee, like many a YouTube commenter, really wanted to be first, but once again Olivia beat her to the punch to talk to Ben. Again. After escaping Olivia’s clutches, Ben slips out of the compound to canoodle in the streets with Lauren B. and Jubilee gets more and more worked up. When Ben finally deigns to talk to her, she refuses to hold his hand, which is basically Bachelor treason. She tells him that, like many YouTube commenters, she has spent her life overshadowed by the Laurens and Beccas of the world, but instead of lashing out anonymously online, she’s lashing out at Ben. He accuses her of withdrawing instead of opening up, which is the ultimate fatal flaw in The Bachelor-verse. Ben finally admits that he doesn’t really see a future for them. Ben walks her out with tears in her eyes, because she’s Jubi-leaving. Back at the party, Ben wipes away his tears on Jo Jo’s face, but ends up handing the Date Rose to …Olivia. The women are not happy.

The Second Date: Ben tells kindergarten teacher Lauren H. that Mexico City is a fashion mecca, so they go to Mexico Fashion Week and Lauren and Ben walk the runway. Ben tells Lauren that no one is prettier than her, which was nice and also a nice example of a white lie, because they are surrounded by a sea of twentysomething models. Later, they have a heart-to-heart talk …about Jubilee. Ben knew it was right to send Jubilee home. Lauren H., who is the most Midwestern woman ever, tells Ben, “My last boyfriend was seeing all these other girls while we were dating!” Ben loosens his collar, “Uh…..” Lauren H. talks right over the awkward silence and eventually Ben hands her the Date Rose and swears that he would wife her.

The Cocktail Party: After Olivia tells Amanda that her life is like an episode of Teen Mom, lonely twin Emily boldly decides to tell Ben that she hates Olivia, which always goes so well. Then we end up in the unlikely scenario of Emily crying to Ben over the fact that the guy she’s dating is also dating Olivia. Ben can’t believe that Olivia could possibly be different around him, but is determined to get to the bottom of this tragedy. He caucuses and all the women admit they can’t stand Olivia.

The Rose Ceremony: Going into the ceremony, Lauren H., Amanda, and Olivia all have roses already. Chris Harrison arrives to call the Rose Ceremony to order, but Ben stops the proceedings. He needs to talk to Olivia. As Ben and Olivia sidebar, the women all argue over the procedure for revocation of a rose. Could Ben withdraw his rose and send Olivia home? Tune in next week to find out … 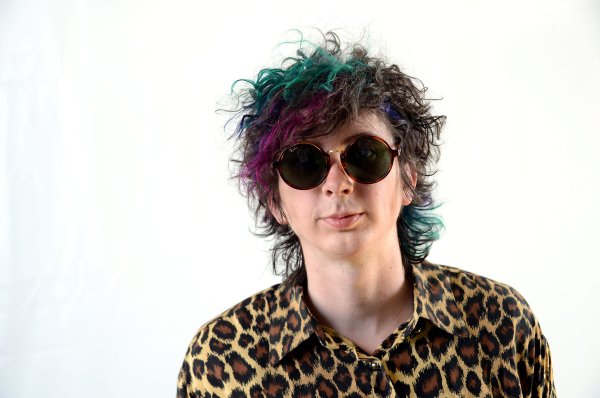