President Obama delivers the State of the Union speech before members of Congress in the House chamber of the U.S. Capitol January 12, 2016 in Washington, DC. In his last State of the Union, President Obama reflected on the past seven years in office and spoke on topics including climate change, gun control, immigration and income inequality. Chip Somodevilla—2016 Getty Images
Chip Somodevilla—2016 Getty Images
By Maya Rhodan

President Obama wants to set aside $1 billion for his “moonshot” goal of eradicating cancer, officials from the White House said Monday. The funding would go toward the research and development of a cancer cure.

Obama first announced in his 2016 State of the Union address that he would tap Vice President Joe Biden to lead the Cancer Moonshot Task Force, the administration’s effort to wipe out the disease. The appointment is personal for the Vice President, who lost his son Beau to brain cancer last spring.

Administration officials said Monday the National Institutes of Health is already on track to spend $195 million on cancer-fighting efforts this year, USA Today reports. In Obama’s 2017 budget, set to be released next week, the president will call for $755 million in additional cancer funding. The source of the additional $50 million is not yet clear.

The news came the same day the President and Vice President held the inaugural, closed door meeting of the Task Force at the White House. 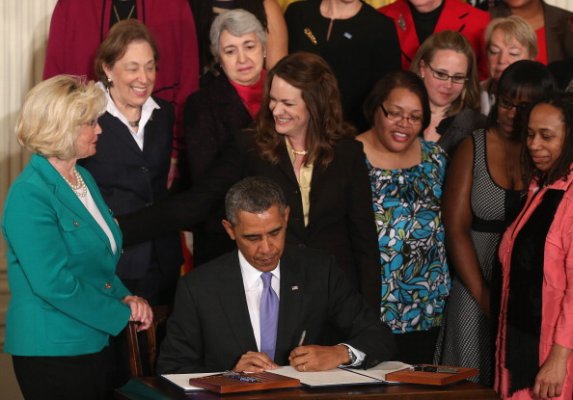 Obama Calls for More Data on Worker Pay
Next Up: Editor's Pick