Why Hillary Clinton's Warmth Should Not Matter

Hillary Clinton is not a hugger. We non-huggers can smell our own. I mean, yes, she does give out hugs, but hugging does not seem to be her top priority. She seems to save her hug reservoir for when the moment is right—when a hug is necessary, like when a fifth grader asked her a question about bullying last month. And when it’s not, like when she’s in the middle of a rally, she’s good at putting it off. Clinton doesn’t have time to be interrupted by hugs.

At last week’s town hall, in trying to convince the voting public that she could get Republicans to work with her on the issues, Clinton said that Republicans liked her and that they said nice things about her—unless it was an election cycle. Then, she said with a big laugh, as president she’d give Republicans a bear hug, whether they liked it or not.

There is a dichotomy here. When Clinton lost the nomination in 2008, her campaign had been structured around her I-mean-business attitude. It didn’t work. Before she ran in 2008, a large number of Democratic insiders polled cited “her persona” as a reason she might lose the election. An anonymous Republican insider in the same survey called her “a man among boys.” It seemed her curt, manlike attitude was one of the keys to her undoing. It’s safe to say a curt, manlike attitude has never hindered any male leader.

This time around, when she started her campaign, Clinton learned from her mistake. She very publicly embraced her role of grandmother, for instance, and underscored not only her ability to hang tough with world leaders, but also her ability to connect with women, children and families. She has consistently reminded the public that family is a high priority for her. She’s all new—warm and fuzzy and offering bear hugs.

And it’s awkward. Because at times, she slips back into who she is—a hard-lined, experienced, ambitious politician who has had to hold her own against men in leadership roles her entire career. Those slips make people question her authenticity. But they also bring up the question: why does Clinton have to spend so much time proving she’s likable?

Bernie Sanders certainly isn’t hammered with questions about how he plans on getting Republicans to work with him as he raises minimum wage for the working class and taxes the rich. Sanders gets to stay on message without having to worry about his likability factor. And Donald Trump is successfully running an entire campaign on mean-spirited attacks, bullying and name-calling. No one has asked the Donald whether or not Democrats say nice things about him.

Meanwhile, Clinton continues to be beleaguered by the idea that people just don’t like her. Because as a successful, ambitious woman in politics, the public just doesn’t know what to make of her. As a woman, society expects she should have certain tenets gifted her by her gender. She should be a kindly grandmother type, a welcoming and warm presence, a caretaker, a giver—a hugger.

As a woman politician, Clinton is required to have triple the knowledge and double the finesse of the other candidates on the floor, just in order to have people pay attention. Even President Barack Obama acknowledged as much last week, saying in 2008 the media was harder on Clinton’s campaign than on his. She’s had to prove hundreds of times that she can face the nation calmly when under stress, like when her email trail is sifted over by thousands of eyes. She had to prove that she can make decisions quickly and rationally under pressure, such as her Benghazi decisions, for which she waded through hour upon hour of hearings, and kept her cool.

So often we hear that Clinton is too cold, too calculating, too ambitious. She’ll say anything it takes to get elected. She’s only in politics for her own personal gain. Still, we could say that about any number of male candidates and male elected officials. Clinton’s every facial expression is analyzed—did she cry, and if so, was it fakery? Her laugh is called a cackle, her silence taken as condescension. Something about Clinton makes many voters uneasy, but they can’t quite place their fingers on what it is. Because what it is is that she’s a woman—a woman who has been steadfastly plodding toward the presidency for decades.

It doesn’t matter whether Hillary Clinton is a hugger or not. What matters is that she is the only one of out of more than a dozen presidential hopefuls who has to claim that she is. 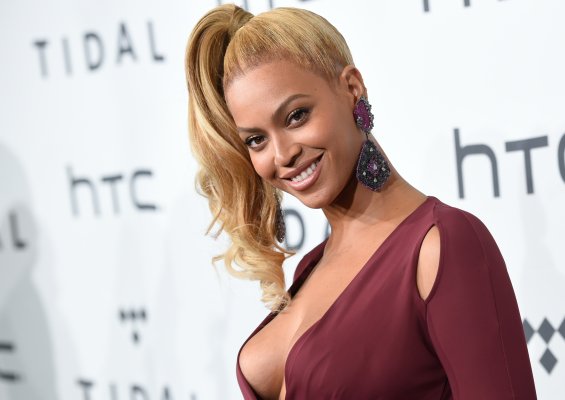 Beyonce as a Bollywood Star Is Not Cultural Appropriation
Next Up: Editor's Pick