Kate Middleton Will Give Her First Interview Since 2010

Princess Kate is ready for her close-up!

To celebrate Queen Elizabeth‘s upcoming 90th birthday, several senior royals have contributed to an exclusive film on “her life and reign” – including Princess Kate.

The two-hour film with a working title of The Queen At Ninety will air in the U.K on ITV this spring and contains commentary from Prince Charles and Camilla, Duchess of Cornwall, as well as Prince William and wife Kate. It will be the first time that Kate, 34, has been interviewed since he rengagement to William in 2010.

“We’ve been fortunate to have the participation of so many members of the royal family to mark this historic milestone in the life of the Queen,” Nick Kent, executive producer for Oxford Film and Television, said in a statement Monday, adding: “It’s a remarkable story of an extraordinary life, which in so many ways reflects the changing face of the nation.”

With exclusive access to the work of the Queen and other members of the royal family both in the U.K and oversees during the last year, the program will also feature “leading national and international figures.”

It was also confirmed Monday that TV presenters, Ant and Dec will host the ITV broadcast of The Queen’s 90th Birthday Celebration, which will air in May.

The sold-out extravaganza – held on the grounds of Windsor Castle – will run every evening from May 12-15 with the Queen herself attending on the final night.

The show will tell the story of the Queen’s life from her birth to the present day, using horses (over 900 of them), actors, bands and dancers (1,500 participants in total) to recount the remarkable history of her record-breaking reign. 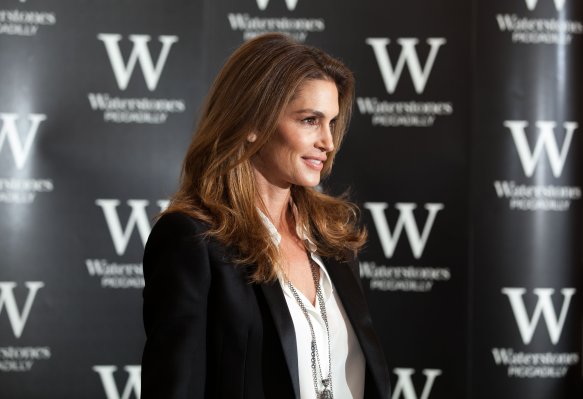 Cindy Crawford Announces Plan to Retire at 50
Next Up: Editor's Pick