Donald Trump Spent Almost Half a Million Dollars on Hats

Republican frontrunner Donald Trump lent his campaign a whopping $10.8 million to bid for the presidency in the last three months of 2015, according to recent campaign finance filings — and a good chunk it has gone towards Trump-branded swag.

An analysis of the findings by Politico found that about $450,000 of the $940,000 the Trump campaign has spent on yard signs, stickers, and paraphernalia has gone toward hats. Most likely the ever-popular caps emblazoned with the mogul’s campaign slogan “Make America Great Again.”

The nearly half million dollars he dropped on caps is almost as much as the candidate spent on getting his name on the ballot in primary states, according to the filings. Trump’s camp has also spent nearly $800,000 to host the massive rallies that have become a hallmark of the businessman’s campaign .

The businessman’s personal wealth—and the attention he’s derived from his celebrity and bombastic statements—has helped him keep his campaign’s spending and fundraising on the lower end of the spectrum within the swollen Republican field. His personal spending total has reached nearly $13 million.

An analysis of campaign spending by the Center for Responsive Politics found that SuperPACs are fueling the 2016 campaign, with $100 million having already been contributed by high-roller donors. But while a SuperPAC was recently launched to support the Donald, for now Trump seems to be his own source of big dollars.

Correction: The original version of this story misstated which group conducted the analysis of campaign spending. It was the Center for Responsive Politics. 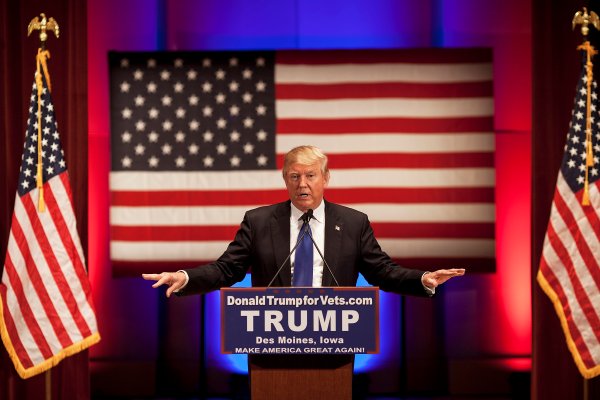