ACLU: A Real ‘Effect’ in Chicago Would Be Better Policing

Protesters block an intersection on the Magnificent Mile, calling for the resignation of Mayor Rahm Emanuel, in Chicago on Dec. 24, 2015.
Charles Rex Arbogast—AP
Ideas
By Karen Sheley

Karen Sheley is the director of the Police Practices Project of the ACLU of Illinois.

We’ve seen this story before in the “Ferguson effect,” which FBI Director James Comey used to suggest a link between spikes in crime and police scrutiny after public reaction to high-profile incidents of police misconduct, many captured on video tape. President Barack Obama rejected this suggestion, noting there was no proof. Just because a few police officers claim there’s a correlation between crime rates and some policy with which they disagree does not make it so.

The ACLU of Illinois rejects any suggestion of a so-called “ACLU effect” to explain the recent spike in gun violence on Chicago’s streets. There is no discernible link between the rate of invasive street stops and searches by police and the level of violence on those streets. Indeed, when such stops dramatically decreased in other cities, like New York City, we saw no such rise in crime. There simply is not any evidence of this effect.

The reality is that “Terry” stops, street stops that often include a frisk of the person detained, are not a very effective tool for policing, since they involve stopping a large number of people to discover little criminal activity or contraband. We issued a report in March of 2015 revealing that during the summer of 2014, Chicago police stopped more than 250,000 persons (and presumably frisked a very high percentage) without arresting or issuing a ticket to one of these individuals.

These stops are intrusive and very embarrassing. They often involve an individual being stopped and frisked while up against a wall or a car, in clear view of others and often (as our study shows) with little or no justification. This sort of unjustified search creates conflict and mistrust between the community and the police—a bond that must be repaired in Chicago, not further damaged.

As anyone looking carefully at current events now must know, there are many complicated, interrelated things going on with crime and policing in the City of Chicago, issues playing out in the news and on the streets each day. Chicago police are under increasing scrutiny for use of force and a culture of silence about misconduct. It is wrong to suggest that an effort to advance constitutional policing, transparency and oversight of police is the cause of a spike in violence over a relatively short period of time.

We would hope that everyone—every resident and every police officer in Chicago—supports efforts to make policing more constitutional and more effective. This is the goal that the ACLU of Illinois is working toward. It is the “effect” we hope to have on the City over the next several years. 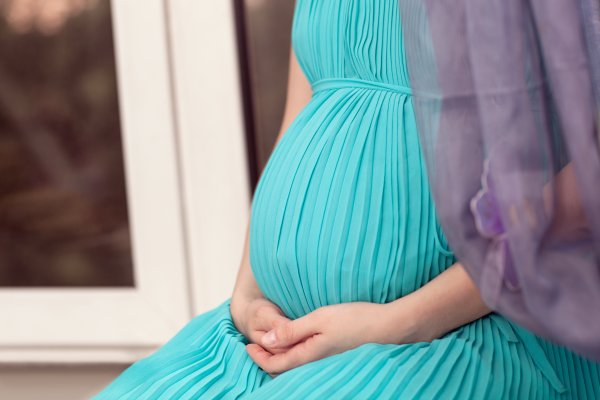 Surrogate Mother Asked to Abort or Face Money Damages
Next Up: Editor's Pick